The Disciplined Past: Critical Reflections on the Study of the Middle East

The symposium aims to reassess the study and the representation of the Middle East in scholarship and museums today. Studying the Middle East in the current Western academic and museological discourse entails encountering a history of dichotomies and contradictions. A manifest example, both physically and metaphorically, is provided by a visit to some art museums in the Western world: while, for example, art from ancient Mesopotamia – which occupied the same space as much of modern day Iraq, Syria and Iran – is often presented in direct proximity to objects deeply embedded in the Western canon, such as Classical Greek sculpture, objects from the very same region that derive from after the coming of Islam are often separated from their more ancient geographical counterparts, for instance in Islamic Art departments. 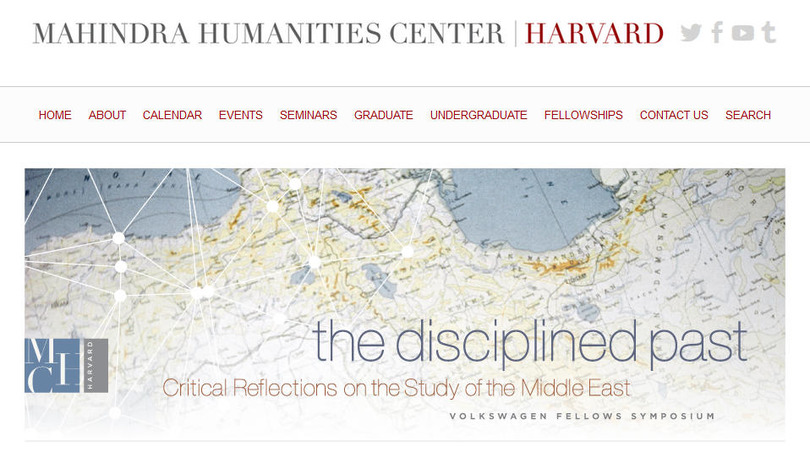 The epistemological consequence has been denounced before: this type of taxonomy creates a narrative of the Middle East that suggests a period of decline from the seventh century A.D. onwards, while prevailing European narratives link their historical present to mythical beginnings in the Middle East via the notions of a classical Graeco-Roman Antiquity. These canonical ideas have been shaped in Western European readings and injected into notions of progress and decline, into the organization of historical time, and scholarly disciplines themselves. They do so with restricted notions of key concepts in history of science, such as ‘origin’ and ‘discovery’, which only account for a single and teleological narrative rather than for dynamic flows of exchange between spaces and a plurality of accounts. What counts as canonical in Western traditions and what is subject to alienation is thus a temporal rather than geographical dichotomy.

The recent restructuring of some museum spaces reflects discomfort with this status quo, though not always in favour of a more even and unifying approach. The ‘ethnologization’ of Islam still pushes the Middle East to the margins, while the ‘religionization’ of the Middle East often does the same in academic contexts. Often they also run the risk of presenting an alternative orientalist trope: that of the ‘eternal, unchanging East’. Even though critical voices have critiqued these legacies of formerly colonial structures in recent decades, the ancient Near East and the modern Middle East remain neatly separated from another. Archaeology as a mediating discipline connecting the present with the past is both a perpetrator and victim of this discourse but its role in this discourse has not yet been fully explored in spite (or because) of its political power.
Finally, the naming of university departments throughout the world tells a story of its own: How religious does the Middle East have to be in order to be studied as the “science of Islam” (Islamwissenschaft)? How universal to be simply “oriental”? How ancient does the Near East have to be in order to be “Near”? How ancient Western Asia in order to be “Western”? How modern the Middle East, in order to be in the “Middle”? How much in the middle does the East have to be in order to be “modern”? The symposium seeks to bring historians of the modern Middle East, scholars of the ancient Near East, Egypt and Western Asia, archaeologists, anthropologists, historians of science and of archaeology, as well as historians of Islamic and Western art in dialogue with one another to assess the current states of affair.