Globally the years roughly between 1910 and the mid 1920s saw multiple and overlapping upheavals. Labor historians, mostly focusing on nation states, have studied strikes and social movements, while others have discussed the revolutionary, social and consumer protests of this phase. What we still need, however, are globally oriented studies of these important years. This talk employs a micro historical and space sensitive approach focused on the struggle about local order. In the phase of global upheaval, roughly between the 1910s and mid 1920s, not only hopes for revolution but on a massive scale also fears and imaginaries of threat surfaced. These fears (and also the hopes) were mostly about social change and about possible revolutions - the latter often inspired by the Russian Revolutions and later by the German Revolution. Transnational and translocal networks of communication, highly mobile intellectuals, and the network of shipping lines were instrumental in entangling these imaginaries of threat and order.

The presentation, firstly, studies why the First World War evoked such fears and imaginaries of threat – even in countries which did not directly participate in the war (like Argentina). Secondly, Klaus Weinhauer argues that the threats and social tensions of these years were strongly influenced by confrontations between locally based models of order on the one hand and nation state based models of order on the other hand. These local-versus-central order contestations were rooted in a confrontation of and competition between diverse urban social movements (left and right), among which established trade unions and political parties were by far not the only players. Thirdly, the talk analyzes why, globally, in 1919 these confrontations often escalated. 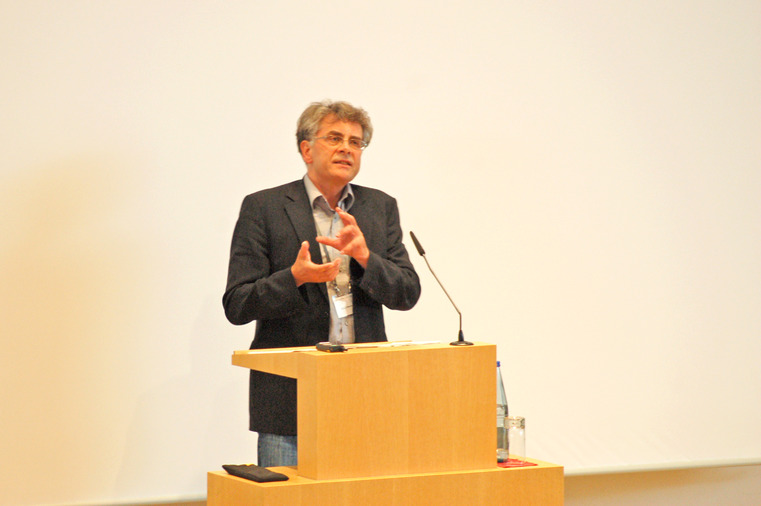 Klaus Weinhauer is Professor of Modern History and teaches Transnational and Comparative History at Bielefeld University. He received his PhD and his Habilitation from Hamburg University. He held fellowships at Oxford University, at Netherlands Institute for Advanced Study (NIAS), and at the Center for Interdisciplinary Research (ZiF) in Bielefeld. His research focuses on: transformations of the state (urban violence, security, policing, terrorism); labor history; history of protest and of social movements. He recently co-edited “Germany 1916-23. A Revolution in Context” (2015) and a special journal issue on “Terrorism, Gender, and History” (2014). Currently, he is working on a book about the phase of global upheaval between the 1910s and the mid-1920s.   The talk was held at the international conference “World-Counter-Revolutions”, 10 June 2016 in Hanover, funded by the Volkswagen Foundation,