Ethnography in the Age of Security

In November 2017 it was finally time to leave. And to start a new chapter of life: one year of fieldwork at border posts in Kenya. My first stop was Malaba at the Ugandan-Kenyan border, along a highway where 800 to 1000 trucks pass daily, while the town itself is more like a marginalised village without a working sewage system, where people face poverty and cholera outbreaks. Every night my sleep was guided by the booming music from the neighbouring strip club. The same-same playlist which constantly reminded me on high HIV rates at border towns due to prostitution. 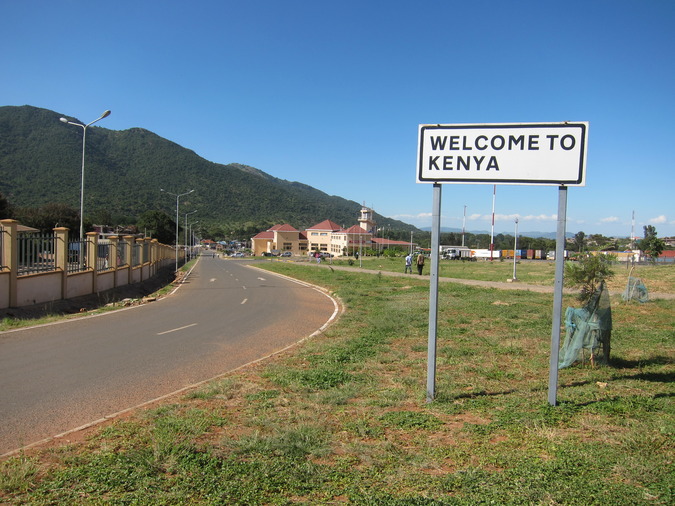 Namanga Border between Kenya and Tanzania

Border towns are places where most people only pass by. No one wants to stay, unless you have to. But slowly you adapt. You discover the benefits of living near the border. Where you can decide to eat Kenyan Ugali for lunch, or you rather cross and eat Ugandan Matoke, Tanzanian Chips Mayai or South Sudanese Kisra. You finally don’t scare away from heavily armed security officers. You make new friends, and finally discover secret places along the no man’s land: green stretches between two countries, where the youth gathers to smoke bangi, escaping harsh realities.

After having visited six different border posts, I am now in the middle of fieldwork. And I feel that it is time for a critical reflection on research methodology. Shortly before leaving to Kenya, a.r.t.e.s. class 7 with Martin Zillinger and Thomas Widlok organised a session on innovative qualitative research methods. The presentations showed that methods in the field could vary significantly from what students learn in methodology lectures. The same applies to my current project. And even during my Masters’ research with Ugandan police and immigration officers, I found that some classical methodological approaches simply did not work out for me. It took me a while to understand that this did not mean that I was doing it wrong. I came to realise that fruitful ethnography is most of all the ability of adaption, whereby the ethnographer is led by the field, its circumstances, its people and their needs.

Access to the Field: Paperwork, White Privilege and #Me-too Debates

My research with Kenyan border officers is mostly located at so called OSBPs (One Stop Border Posts). During the last years, Kenya has rebuilt its border structures into large, “modernised” architectures. In the context of war against terror, Kenya additionally tightens security along its national boundaries. Certainly, access to OSBPs as high security zones of the nation state differs from access to “classical” anthropological fields of rural, marginalised and often illiterate communities. There, an anthropologist will rarely be asked for research permits or introduction letters (so that some researchers do not even bother to get them). At the border setting however, first meetings with my interview partners often started with the request to see these documents. Bureaucratic ways to get research permits take time and patience. If even in Germany I feel my head is almost bursting when dealing with administrative issues, no wonder it did even more in the unfamiliar environment of Nairobi. At the OSBPs, officers belong to various departments, and those differ in their inner logics and hierarchies. Some request a national research permit, others need to see a letter from the county, or an introduction letter proofing my affiliation to Kenyatta University, while other times my passport and visa became relevant. At first, access to the field seemed never to be completed, new barriers arising out of nowhere.

But finally, it went on well, and even better than I could ever expect. I could visit the border posts as often as I wanted, I was hosted by officers in their government houses, I joined armed police convoys into contested border areas, and I was taken on border patrol. As much as the paper work, networking and personal recommendations played a major role for my project. I also feel that a friendly, open, honest and empathic approach was resulting in a similar attitude towards me. Well, and at times, I think I was simply lucky to be meeting the right people. However, a more crucial aspect I need to reflect on is my appearance as a white, female, young doctoral student from Europe. My white privilege to access my field of research became especially visible when I talked to Kenyan anthropologists, who told me that they faced different problems to access field sites in Kenya. For instance, they were sometimes mistaken as spies (according to their ethnic membership either for the government or for the opposition).

Another topic is age and gender. Feeling that I was often taken for a naïve young student, I wonder: would people approach me with the same level of trust and openness if I was a grey-haired male professor? Most of my informants are male officers, posted into remote areas, far away from their families. I found out that while age and gender might be a door opener on the one hand, I also had to learn to be careful and to mind my own security. The great majority I met were kind and trustful guys, but at the same time I encountered awkward situations. Some left me in astonishment, like when I found out that I was given the nickname Samantha by custom officers (a white robotic sex doll, that got a lot of attention in Kenyan social media). Or when in the beginning of our conversation a District Commissioner loudly asked for an erotic massage while all his clients could hear him through the open door of his office. After a while, certain requests and comments became normal sounds of the setting and appeared rather harmlessly. But every now and then, the line was crossed either verbally or physically. It is rarely discussed, and no one will prepare you for this in methodology lectures during studies. That sexism is a topic for all female researchers everywhere in the world (a critical reflexion on the #me-too debate in Anthropology was done by Dr. Elizabeth Watt). Our experiences can only be a hint on what local women are facing every day. Just as one of my friends commented on the life in Malaba: “It is not that bad, men will not rape you immediately.” 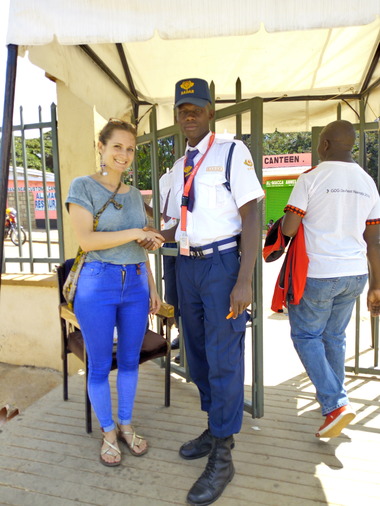 Guards at the border

Nowadays there is an increasing number of ethnographies on the state, on bureaucracies, and elites in contemporary Anthropology. “Study-up” methodologies become more and more relevant for the subject, meaning that when ethnographic research contains people in positions of power, this will have  an impact on the methodology. For the ethnographers it is important to stay flexible. I found out that especially when it comes to officers and security personnel, these actors are not used to be asked questions. It is rather the officers who are the one asking and guiding interactions with non-state actors. Therefore, the ethnographic interview situation can shift in terms of leadership. It is no longer the interviewer who is in control of guiding the conversation. The other might decide not to answer, to do a monologic statement instead of an interview. One time, an officer simply took my questionnaire and looked for questions he found suitable, leaving me (literally) speechless. And there is nothing you can do about it, just to accept and to listen.

In all the methodology seminars that I have attended, we were taught how to record and transcribe interviews. Our attention was drawn on how to precisely capture the voices, sounds, and images of the field by the newest technologies (data which later would often end up being transformed into written texts anyway). Maybe there is even something like an anthropological fetish for new recording technologies. At the border posts however, I found out that the recording machine was a big issue in many of my interviews. I was allowed to talk to officers but my request of recording them was mostly rejected. The rejection left a short but uncomfortable silence at the beginning of our conversation. I felt like I could see question marks in the eyes of my counterparts, wondering if I could be using this data against them. After giving it a few tries, I simply stopped carrying the recorder. Old-school pen and paper were sufficient. My informants could now direct me on what to write and what not to write. They could even take over and give me some drafts or right spellings. I felt that it was more convenient for all of us. Of course there is the loss of data, of preciseness, of originality. But on the other hand, I would not have gotten any data of this kind by using the recorder.

Simultaneously, another recording technology appears on the spot, and brings in new possibilities for ethnographic research. Smartphones are all over. Most of my informants carried one. Now it is not the researcher introducing recording technologies into the setting, but it is the locals using their own recording practices. Through their smartphones, they are the directors of their own digitalised memories. And they could easily share them with me. Through Facebook after friend requests were approved I got additional insights into family lives besides the border, while profile pictures and comments present views on the borders and work places. In OSBPs as national security zones, photography is prohibited for travellers, but officers were still taking selfies during lunch hours. Through WhatsApp, I was sent live videos and photos from events happening, even if I had already left that particular border site. Now in terms of research, the smartphone blurs the line between the researcher and the informants. Their own technological devices create more grounds for participation.

By Katrin Sowa (a.r.t.e.s. Graduate School for the Humanities Cologne)