This research seeks to explain the involvement of militarized non-governmental organizations to secure Indonesian ports in three provinces: Jakarta, North Sulawesi (Manado and Bitung) and the Riau Islands (Batam and Tanjung Pinang). These civilian groups work in conjunction with the Indonesian government authorities in securing Indonesia’s maritime interests. 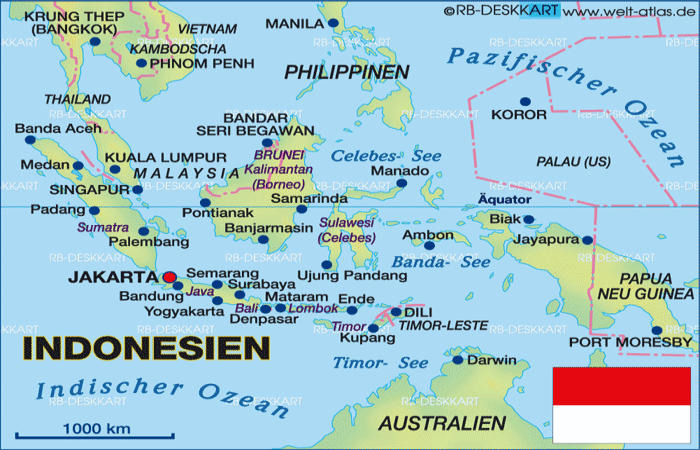 Jakarta is serviced by the largest port in Indonesia, Tanjung Priok Port and couples other smaller ports. There are two key militarized NGOs in Jakarta. These are the Forum Betawi Rempug (FBR) and the Pemuda Pancasila (PP). Private security companies that win contracts to secure port areas recruit some members of these groups as security guards.

An initial study did not show the involvement of the FBR or the PP in illicit activities in ports in Jakarta. However, media reports point to the involvement of a similar type of paramilitary group namely Laskar Merah Putih in providing protection to illicit activities in port.  In October 2015 members of Laskar Merah Putih stopped, intimidated and attacked 20 customs officials who were going to check 20 containers of sand containing zinciferous in Kawasan Berikat, North Jakarta.[1] 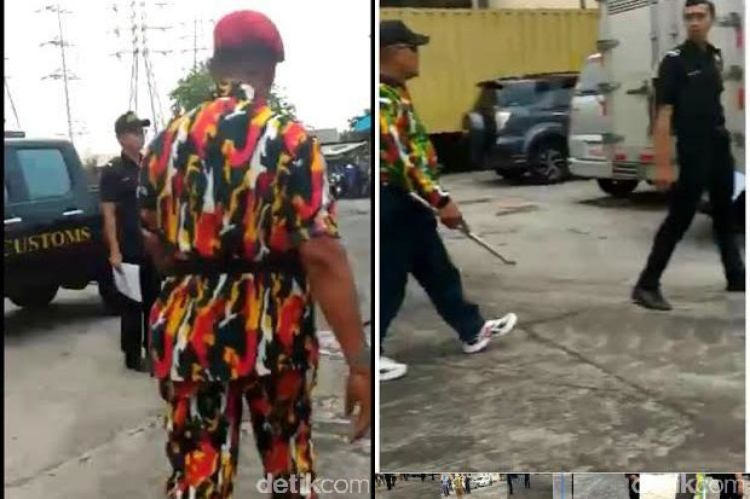 North Sulawesi is home to a major port of Bitung and at least 15 smaller ports. In North Sulawesi the largest non-state groups are the Brigade Manguni Indonesia and the Milisi Waraney.

The establishment of these organizations in North Sulawesi began in the late 1990s. In the late 1990s sectarian violence occurred in different parts of Indonesia including in Ambon, various areas in North Moluccas including Ternate, Tobelo, and Kao, and Poso, Central Sulawesi. Many internal displaced persons both Christian and Muslims who fled the conflict sought for safety in North Sulawesi towns such as Manado and Bitung. Against this backdrop, fighting among villages began to happen in North Sulawesi. Brigade Manguni and Milisi Waraney were established to maintain order and prevent sectarian violence from flaring up in their province.

The selected members of these organizations are recruited to be security guards in ports. Occasionally, the Brigade Manguni and the Milisi Waraney are also involved in monitoring port security and carrying out joint operations at ferry or passenger ports when there are special events that require extra security guards. 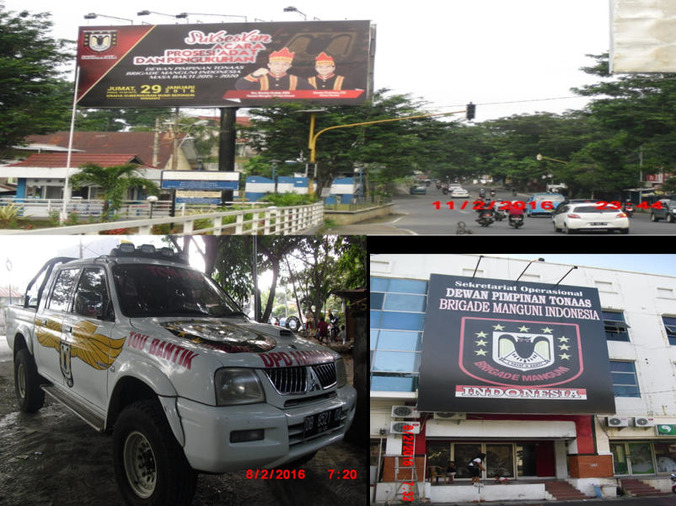 Clockwise from top (1) A billboard on the main street of Manado showing the information on the inauguration of the Brigade Manguni Indonesia leader; (2) a car with Brigade Manguni’s symbol; and (3) the headquarter of Brigade Manguni in Manado.

Pictures were taken by myself.

The cities of Batam and Tanjung Pinang in Riau Island Provinces are interesting because it hosts many big and small ports. Due to its close proximity to Singapore and Malaysia ports located in this province serves as trading hubs that connects Indonesia with the other littoral states of the Straits of Malacca and Singapore. Non-governmental actors that are involved in providing security in Batam and Tanjung Pinang ports display distinctive traits. In Batam groups that assist port security are registered as NGOs at the local and national levels. In comparison, in Tanjung Pinang the militarized NGOs that are influential are not formally registered. They are mobilized around kinship and traditional village networks where ports are located. 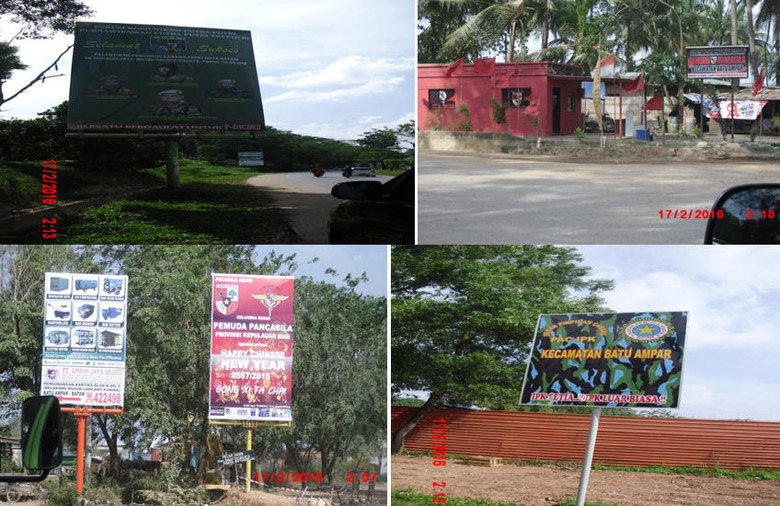 Pictures were taken by myself.