Most people know William Henry Fox Talbot as a pioneer of early photography - but few realise the impact he had on Victorian culture generally.
Beyond Photography: William Henry Fox Talbot, a three-day conference held at the University of Cambridge in June and co-funded by the Gerda Henkel Foundation, attempted to set the record straight.  Previously unknown archive material was presented, and attracted more than 70 delegates from the UK and overseas. They included art, photography and science historians, together with other specialists. Organised jointly by the British Library and the Centre for Research in the Arts, Social Sciences and Humanities (CRASSH), the conference drew on the Talbot archive at the British Library.

(a)  Summary Abstract
William Henry Fox Talbot (1800-1877) is remembered primarily as a photographic pioneer and influential early voice on photographic aesthetics, but his activities as a Victorian intellectual and 'gentleman of science' ranged widely across the natural sciences, classical scholarship and Assyriology. This interdisciplinary conference approached Talbot’s work with this wider perspective in mind, bringing together art historians, curators, historians of science and practitioners of the many scholarly fields to which Talbot contributed. The papers and commentaries situated Talbot against the networks and institutions of Victorian intellectual enterprise, while raising basic questions about the relation between photography and these other fields.

b)  Conference Review
The aim of this event was to reinvigorate scholarly work on Talbot – a central figure in the history of photography – by experimenting with a new multi-disciplinary approach to his work.  The conference brought together two communities of scholars: on the one hand, historians of nineteenth-century science and culture, many of whom conducted new research into the British Library’s large archive of Talbot’s notebooks and diaries but who often had only passing familiarity with Talbot's photographic oeuvre; and on the other hand, art historians and historians of photography for whom Talbot's images form a foundational element of their disciplinary canon, but who had little knowledge of his other intellectual activities. A set of important themes emerged and recurred throughout the two days of the conference and in the commentaries and discussions at the end of each day:
The “social geography” of Victorian intellectual life. Talbot’s social position and his wide range of interests seem to make him a particularly useful subject for illuminating the socially heterogeneous landscape of nineteenth-century knowledge in terms of issues of class, skill, expertise, training, and discipline - terms central to the social history of the period. The meaning of Lacock Abbey (Talbot’s country estate) as a social, political, intellectual, technological, and archival site has not yet been fully explored.  Was Talbot a “centrifugal” figure with subjects and information moving outwards, or flowing inwards towards him? The telling absence of the “oriental” (especially India) as one of Talbot’s interests was also raised, as was the question of his religious orthodoxy, especially with respect to his various projects dealing with the past and with ancient religions.
What do we mean by “beyond” photography? Values having to do with the proper or enjoyable exercise of vision/visual judgment (such as visual acuity, discrimination, pleasure, and connoisseurship) arose in a few of the papers, and suggested ways of examining connections or productive tensions between Talbot's photographic work and his other activities. A question which frequently arose between the lines but which was never answered was the relationship between classic iconographic readings of Talbot’s photographs, and the scientific and intellectual context of photography’s invention.
Talbot and nineteenth-century knowledge.  Talbot’s abiding interest in origins, as well as a persistent fascination with languages, script and inscription, decipherment, and legibility, are themes that seem to have cut across several of his intellectual activities (antiquarianism, archaeology, etymology, Assyriology, as well as photography). It would also be useful to explore the political and theological valence of Talbot's various projects dealing with the past.   Many papers also called attention to the materiality of record-keeping and research practices for nineteenth-century intellectuals like Talbot, and to the materiality of the Talbot archive itself. Moreover, like the scientist and celebrated polymath William Whewell, Talbot seems to be a useful lens through which to examine the tendency of Victorian intellectuals (particularly reforming Whigs) to value the cultivation of omniscience, and to seek to understand and control many different aspects of knowledge and society at once.  Finally, certain key terms with highly unstable meaning in the period under study (and which currently have a highly ossified meaning in early twenty-first-century scholarly discourse)  repeatedly arose in our discussions: "discovery", "invention", "discipline", "professional", "aesthetics".  Because Talbot's wide range of activities and interests took place during a crucial period in the intellectual development and social formation of Victorian knowledge systems, when even such seemingly basic terms as "art" and "science" were in flux, it is precisely these terms that we need to be careful not to deploy uncritically in our analysis.
Historiography/meta-narrative.  Towards the end of the conference the question was raised of what exactly was the nature of the historiographical intervention we were attempting to make with this conference (and with any proposed publication arising out of it). Is the aim to bring biographical coherence to Talbot studies, or to disperse him as a subject across different fields?  The question of whether to think of Talbot as a “typical” or an “exceptional” Victorian intellectual recurred throughout the discussions.

For the conference programme, please see the CRASSH website:
http://www.crassh.cam.ac.uk/events/1113/programme/ 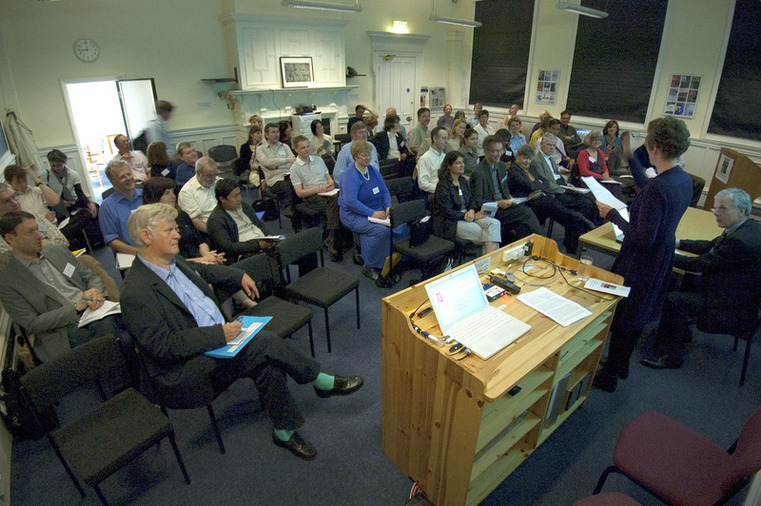