Interview with Despina Stratigakos on the construction of Hitler’s domesticity

In her most recent monography, Despina Stratigakos, Interim Chair and Associate Professor at the University of Buffalo's Department of Architecture, demonstrates the elasticity and flexibility of the genre of biography. "Hitler at home" is no ordinary portrait but examines how Adolf Hitler and his propagandists worked intensely on manufacturing a counter-image to that of the screaming reactionary with no family life or traditional roots. The extensive remodelling of Hitler's homes in Berlin, Munich and Berchtesgaden were quickly identified as the means to recreate an image of the "Führer" that would be appealing to both a national as well as an international audience. During the 1930s, the world's most important newspapers and fashionable magazines played a major role in disseminating a sanitized image of Hitler, now widely portrayed as a warm and cultured man of the people. "Hitler at home" offers a new angle to the Nazi leader's preoccupation with using architecture and interior design of his domestic spaces to project his persona to the masses and unveils the long neglected influence of a powerful female figure on creating a reassuring image of Adolf Hitler. We approached Prof. Dr. Despina Stratigakos with our questions on Hitler's evolution of his representation to the people. 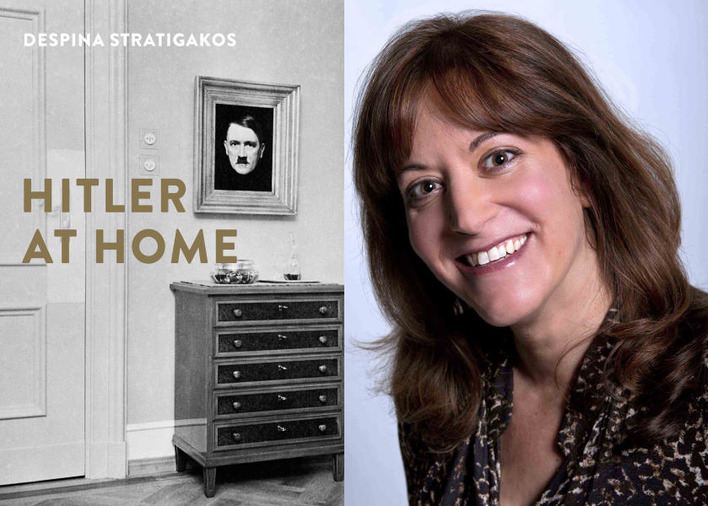 "Both of these representations bolstered Hitler‘s appeal"

L.I.S.A.: Professor Stratigakos, in your recently published monograph „Hitler at Home”, you set out to investigate how Hitler chose to present himself through his domestic spaces to a broad national and international audience. Whilst analyzing and deconstructing the “production and power” of the dictator’s homes, you warn of the seductive danger of these spaces as the images of Hitler’s domesticity were employed to make him appear likable and approachable. Where did this possible appeal lie?

Prof. Stratigakos: The power of Hitler’s domestic spaces, as they were presented to German and international audiences, lay above all in their ability to evoke empathy for the Führer.  We know that Albert Speer’s monumental constructions in Nuremburg and Berlin evoked a sense of awe. These were the stage sets for the Führer who thundered from the podium, the absolute leader who commanded millions and moved mountains of stone.  By contrast, images of Hitler at home, in seemingly down-to-earth settings and engaged in ordinary activities, such as having tea or playing with his dogs, inspired empathy. Both of these representations bolstered Hitler‘s appeal as a man both beyond and yet of the people, and each had its own architectural manifestation.

L.I.S.A.: In your work, you identify the significance of Hitler’s domestic spaces and the propaganda surrounding them as a research gap. Why has the international scholarship long ignored a close correlation between Hitler’s homes and the regime’s politics, ideology and propaganda?

Prof. Stratigakos: Several reasons may account for this neglect. Historians studying the architecture of this period have largely focused on monumental state projects, overlooking other levels at which visual and spatial ideologies function, including on domestic and minute scales. Interior decoration, moreover, is often dismissed as a serious artistic activity. It may also be that scholars have all-too-readily accepted the propaganda of the Third Reich; namely, that Hitler’s domestic spaces existed outside the world of politics and ideology. Finally, I wonder whether the fact that a woman was in charge of these design projects has played a role in their dismal. Perhaps if Albert Speer had been involved, historians might have paid more attention to Hitler’s homes.

"Their histories, however, remain to be written"

L.I.S.A.: One of the focal points in your book is Gerdy Troost, to whom you refer as “Hitler’s other chosen architect”. Troost was a prominent, powerful female figure in the Third Reich who faithfully served Hitler and, among other things, enjoyed an immense influence over the interior and architectural design of Hitler’s domestic spaces. However, Troost has not yet received notable scholarly attention. What are the reasons behind this neglect?

Prof. Stratigakos: Women in architecture have only recently begun to receive attention from architectural historians, although the latter continue to assume the absence of powerful female designers in the Third Reich. Indeed, most scholars simply presume that women in the design professions stopped working during the National Socialist period.  While many did lose their positions or were forced to flee Hitler’s Germany, thus bringing modernism to new shores, others remained active in Germany.  Their histories, however, remain to be written.

"Hitler was a dictator, but he was also a marketable celebrity"

L.I.S.A.: Besides broad media coverage of Hitler’s homes in Germany, a surprisingly vast number of respectable publications in Great Britain and the United States reflects a similar fascination with and admiration for Hitler’s domestic spaces. Can this be attributed to a public longing after images of a seemingly peaceful Führer or rather to an emerging celebrity culture in the 1920s and 1930s?

Prof. Stratigakos: I believe it was both of these things. Images of the off-duty Führer playing with his dogs or chatting amiably with his neighbors suggested a common core humanity that was deeply reassuring to readers in Germany and abroad. In 1934, the German Press Association, reporting on domestic and foreign markets for German photojournalism, stated that the most sought-after images were of Hitler at home playing with his dogs or with children. It also noted that American newspapers preferred to buy Hitler pictures with a “human interest” angle. Early in the regime, that is what people wanted to see.

At the same time, the advent of new technologies in broadcasting, recording, and film brought entertainers and politicians into the everyday lives of people. Celebrities were both larger-than-life and a part of the family, creating a voracious market for information on the lives of these intimate strangers. Hitler was a dictator, but he was also a marketable celebrity. The fascination with the lives of the rich and famous sparked curiosity about their domestic environments, which the press was eager to satisfy.

"Such reckonings are rare"

L.I.S.A.: The English-language press played a big role in burnishing Hitler’s prewar reputation through flattering portrayals of his domestic life. Such articles only quite recently came back to haunt the British magazine Homes and Gardens. Have other publications since confronted their own role in disseminating charming stories about Hitler and in whitewashing his image?

Prof. Stratigakos: About a decade ago, IPC Media, which now owns Homes and Gardens, found itself in a controversy over what some claimed were its attempts to censor public awareness of the glowing portrayal of Hitler it had published in a 1938 article. But such reckonings are rare, and, as IPC Media itself pointed out, Homes and Gardens was hardly alone in spreading Nazi propaganda at the time.

"We have to consider our own accountability"

L.I.S.A.: Another open field of study you point out is a closer examination of the magazine and newspaper readers around the world who wanted to believe in the laundered, distorted image of Hitler as the “Squire of Wachenfeld”. Regarding audiences, is your book aimed rather at an English- or German-language public and could this be attributed to a differing perception of the dictator?

Prof. Stratigakos: Ultimately, the takeaway message of the book is aimed at a broad audience. I believe readers—whether in New York, Munich, or Mumbai—need to be much more critical of the industries that focus on home decor or lifestyle news. They have more influence than people think. At the same time, journalists seek out these behind-the-scenes stories because people demand it. Newspapers and magazines in the 1930s printed lifestyle stories about Hitler as a country gentleman and charming neighbor not only because editors thought there was a market for it, but also because readers around the world wanted to believe this sanitized version. As consumers of so-called “fluff” media, we have to consider our own accountability if we allow ourselves to be lulled by politicians and others who seek to launder their reputations through slick presentations of their private lives.