Abendveranstaltung | The rediscovery of Sogdian, lingua franca of the Silk Road

The name of the Sogdiana, the region around Samarkand in present-day Uzbekistan and Tajikistan, and of its people, the Sogdians, has been known since antiquity. In the west, Sogdiana became familiar to the Greeks at the time of its conquest by Alexander the Great in the 4th century B.C.E., while in the east, the Sogdians were well-known to the Chinese as a race of traders. In both China and the west, the classical texts continued to be read, so that the name of the Sogdians was never forgotten, but their language, once a lingua franca of the Silk Road, fell into total oblivion.

In the first part of this talk, I will concentrate on the beginnings of Sogdian studies, a little over a hundred years ago: the first discoveries of documents and inscriptions in the Sogdian language; the decipherment of the scripts in which they were written; and the identification of the language as Sogdian. In the second part, I shall describe some of the most interesting Sogdian documents and inscriptions, in particular the earliest texts and those which shed light on the extent and history of the Sogdian trade networks in the first millennium C.E. 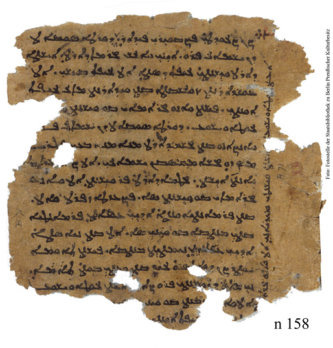