"More bones than there should have been"

Within the framework of her archaelogical studies, Dr Maria Carmela Gatto made a special discovery: The sceleton of a pregnant woman, who was buried in a so called Pan-Grave, widespread in Lower Nubia and Egypt. In an interview, we asked the archaelogist about her project, which is funded by the Gerda Henkel Foundation, the special found in particular and future projects. 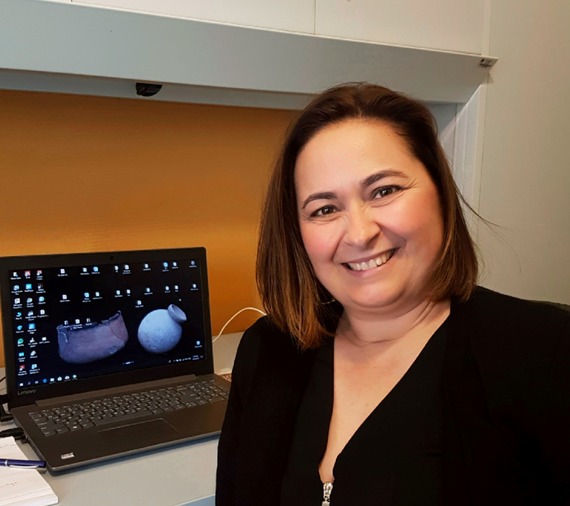 L.I.S.A.: Dr Gatto, you are the director of a research project in Egypt funded by the Gerda Henkel Foundation. What is your project exactly about?

Dr. Gatto: The project is called ‘Endangered Nomads’ and focuses on the salvage excavation of burial grounds of nomads who lived in the region of the first Nile cataract around 3800 years ago. That was a time of political crisis in Egypt; the country was invaded from the north by the Hyksos, while the Nubian kingdom of Kush pushed at its southern frontier. It also corresponded to a period of climatic deterioration. Those nomads, archaeologically known as the ‘Pan-Grave’ culture, managed to settle along the Nile and escape the harshness of the desert, only because of Egypt’s weaknesses. We know from ancient written sources that nomads from the deserts tried to enter Egypt many times prior to the political turmoil but were repeatedly stopped by Egyptian patrolmen.

L.I.S.A.: During your work in the region of Aswan you uncovered a very special grave. Can you tell us some details about the grave?

Dr. Gatto: It was that of a young woman, around 20 years old, who was about 38 weeks pregnant at the time of her death. The skeleton of the fetus was found upside-down, already in delivery position, which suggests that something went wrong during labor - causing the death of both, mother and child. It might have been because of a misalignment of the woman’s pelvic bones, which probably resulted from an earlier fracture - maybe she experienced a fall - and after that never healed properly. This may have made it impossible for her to give birth. 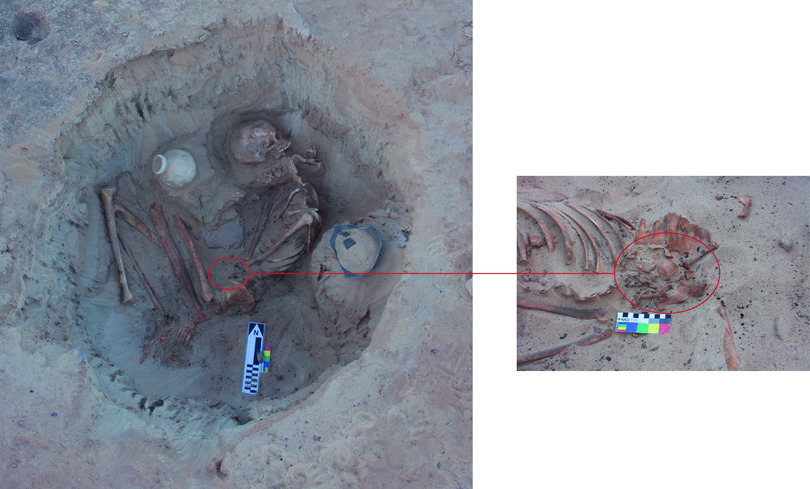 "The miracle of modern technology!"

L.I.S.A.: By which method and means have you discovered details about the pregnant woman?

Dr. Gatto: Due to his profound experience, my colleague excavating the tomb noticed that in the pelvic region of the woman’ skeleton more bones than there should have been could be found - but a miniature skeleton in fact. It was clear since the beginning that we were dealing with a pregnant woman. We then got in contact with our bioarchaeologist, who was not in the field with us at that time. We were able to video call her from the Ministry of Antiquities’ storehouse in Aswan, show her the diagnostic bones, such as the pelvis, and send her a lot of detailed pictures. She was able to determine the age range of both, mother and child, and provide us with a reason for their dead. Although the investigation of the two skeletons is very preliminary and our bioarchaeologist will need to come and work in the storehouse during the coming season, we managed to get that information straight away even from remote. The miracle of modern technology!

L.I.S.A.: What does the way the people were buried in Pan-Grave cemeteries tell us about the culture they belonged to?

Dr. Gatto: These people were buried in small burial grounds, consisting of clusters of graves marked on surface by a stone ring. Bodies were placed in pits in a contracted position, lying on matting or animal fur and covered leather. Necklaces of ostrich eggshell beads and bracelets made of mother-of-pearl spacers, adorned their bodies. Around the tombs were a number of depressions, where pots of Egyptian and Nubian manufacture were placed, some of which were visible from the surface during the time of use of the site. Also some burnt areas were found, either partially covered by the stone supestructures, or between them, were animals, such as sheep/goat were cooked, as the finding of burnt bones could suggest. This would suggest that communal feasting happened at the site before, during and after funerals. Around the largest tombs there were painted skulls of domestic animals, a characteristic of the Pan-Grave culture. This evidence tells us about small groups of people having an extremely rich ritualistic approach to the funerary realm, which strongly differs from that of contemporary Egypt. It provides us with a different perspective on the ancient Egyptian society, a bottom-up approach as that, highlighting a reality of diversity and multiculturalism, which is often missing from the narrative of written and visual sources produced by the elite. 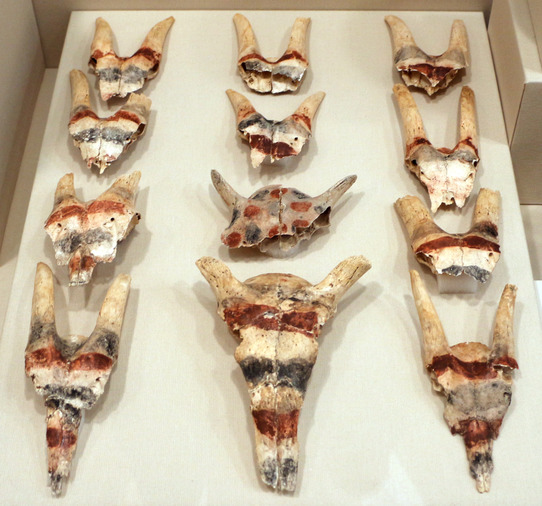 L.I.S.A.: What are you next scientific steps concerning your research project?

Dr. Gatto: We are planning to go back to the field at the end of the year and dig a third cemetery. Campaigns focusing on the analysis of the material culture recovered and on processing the field data are in the plan for future seasons. The goal is the production of a monograph dedicated to the Pan-Grave sites of the first Nile cataract region, which are among the earliest-known so far.

Further information on the archaeological study

To know more on the Pan-Grave of the First Cataract region and on the work check the presentation the team recently gave at a conference in Aswan.