This week, we welcome Michael Asante from Ghana. After graduating from the University of Ghana, he started his PhD in Ancient Studies with the thesis A Rereading of the Position of Women in Plato’s Ideal State through the Lens of Kwame Gyekye’s Moderate Communitarianism at Stellenbosch University in 2018. 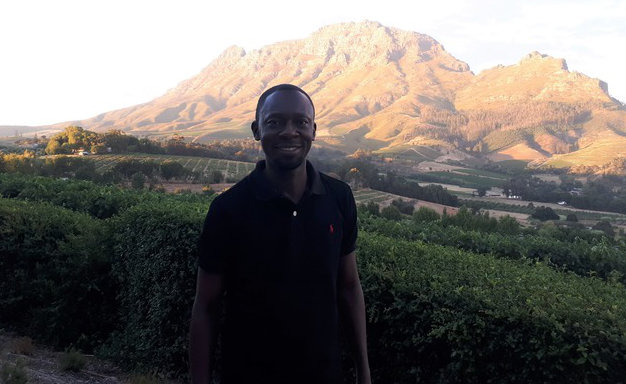 "This misconception that the humanities have little relevance to development"

L.I.S.A.: What is the status of the humanities in Ghana, your home country?

Michael Okyere Asante: Generally, there are two key issues impeding the growth of the humanities in Ghana. First, some parents and students falsely believe that studying the humanities provides no career prospects for graduates. Emphasis is therefore placed on STEM, business and social science subjects. The result is low student enrolment and retention, which leads to cuts in departmental budgets, and in some cases, departmental mergers in the humanities. Second, policy decisions about education and the welfare of citizens over-emphasize development-oriented projects that are practical at the expense of conceptual knowledge or knowledge for its own sake. This has made it very difficult to secure funding for projects in the humanities. The majority of the funding that is advertised has conditions tied to them, namely the proposed project must have direct (sometimes economic) relevance to the development of Ghana. It is therefore especially difficult to pursue projects that explore conceptual problems or seek to understand ancient phenomena. This misconception that the humanities have little relevance to development is partly due to the failure to recognize that ‘development’ is both conceptual and practical, and that some of the practical problems we face in our world today result from defective concepts. There is, however, a revival of the humanities in such areas as the performing arts, cultural and reception studies, and archaeology and heritage studies. But more needs to be done in terms of funding for projects and staff development if the humanities will build on its current position in Ghana.

"By deciding to major in Classics, I became the first student since the mid-1980s"

Michael Okyere Asante: I have encountered many, but I will limit them to two major ones.

The first major problem I faced stemmed from the misconceptions about Classics and such traditional humanities subjects. When the University of Ghana offered me a combination of Classics, Philosophy, Sociology and Economics, my dad sent me off to his friend, a secondary school teacher, for advice on choice of major. I was told to drop the subjects in this order: Classics, Philosophy, Sociology—and major in Economics. By the end of my first year, I had fallen in love with Classics, and by the end of my third year, after Professor Kofi Ackah’s course on ‘Socrates and Plato’, I had decided my future career path. But from this point on, I would face some institutional and personal challenges. By deciding to major in Classics, I became the first student since the mid-1980s to do so, and I had only a limited number of courses to choose from, also partly due to a lack of teaching staff. I also could not inform my parents of my decision because they were eagerly expecting me to graduate with an Economics degree and land a job at one of the top-performing banks. For two years, my parents thought I was reading Economics; it was only a few months to my graduation that I informed them I had taken a Classics major instead.

The second problem relates to institutional policy and the lack of funding. By the time I was entering into the academic field of ancient philosophy as assistant lecturer with an MPhil degree, my university had introduced a policy that only allowed appointment of MPhil holders to a three-year terminal contract. The department at that time had only one full-time professor teaching at least five courses per semester. My appointment helped reduce the teaching load as I taught the language and ancient philosophy courses. But my contract was for three years; I had to obtain a PhD if I could continue teaching at the end of my contract. I was faced with two challenges: there was no Classics PhD programme in Ghana, and it was difficult securing funding to pursue a PhD overseas, particularly in ancient philosophy, an academic field which is unusual in my home country. I have lost count of the admissions I received without funding from overseas universities. The Lisa Maskell Fellowship is therefore a dream come true, and I am confident of succeeding in my chosen field of research.

"Reading of Plato’s works […] will yield a more nuanced perspective"

Michael Okyere Asante: My PhD project attempts “A Rereading of the Position of Women in Plato’s Ideal State through the Lens of Kwame Gyekye’s Moderate Communitarianism”. Broadly, there is a sense in which the border between African and Western philosophical thought can be explained in terms of the ideas they share; and the exchange of concepts, theories and methodologies could provide new ways for engaging with scholarship in both areas. My initial plan was to consider how conceptions of community influence our ideas about gender equality by examining Plato’s Republic and African philosophical thought on communitarianism. After reviewing the literature, however, I identified problems with the reading and interpretation of the gender equality argument in Republic V. Firstly, the readings of the passages did not properly consider the degree in which the broad principles of equality (to ison, isotēs) and justice (dikē ) in Plato’s political works inform the proposals for gender equality in Book V of the Republic. Secondly, the literature displayed a general neglect of the discussion of equality of the sexes in the Laws, except for passing references made to corroborate some inconsistencies in Republic V. Thirdly, scholars tended to underestimate the effect their view of Plato’s ideal state, in particular of the relationship between individual and state, had on an understanding of the relevant sections in these works. It is the main hypothesis of my project that the reading of Plato’s works from the viewpoint of moderate communitarianism will yield a more nuanced perspective on his notions of justice and equality, which again will impact on how his considerations of the role of women in the state should be understood. Thus, my project critically considers Kwame Gyekye’s theory of moderate communitarianism in terms of how the relationship between the individual and community is constituted, and applies the theory to a close reading of, and for a more nuanced description of the relationship between individual and state in, Plato’s Republic and Laws. From this moderate communitarian reading of Plato’s Republic and Laws, the study applies the resulting notions of justice and equality and the relationships that exist between them to the argument for equality of the sexes in Republic V and Laws VI and VII.

L.I.S.A.: What has your experience at Stellenbosch been like? Have there been any differences to the University of Ghana and possibly other institutions you have previously attended?

Michael Okyere Asante: This is my first time studying at a university outside of my home country, and I have been at Stellenbosch for just five months. But so far, I have enjoyed the supervision of Professor Philip Bosman, and the support of the Department of Ancient Studies and the Graduate School of Arts and Social Sciences. It is always encouraging to know, not just by their words but also through their actions, that they have a keen interest in my progress and want to see me succeed, and I am most grateful to the Gerda Henkel Foundation for the Lisa Maskell Fellowship that made it possible for me to enroll at Stellenbosch. The supervision at Stellenbosch is more effective, and supervisors easily make time to meet students—in fact, the academic journey is considered a joint venture between the supervisor and the student. But in institutions where staff-student ratio is very high, and lecturers are overwhelmed with course teaching, it can be very challenging to maintain the kind of academic supervision that I have experienced at Stellenbosch. Stellenbosch University is also more diverse in terms of student population—I have had the privilege of meeting and making friends with students from other countries and continents and this has increased my awareness of other cultures and opened possibilities for future collaborations.

L.I.S.A.: What are the opportunities in Ghana to pursue different degree options (BA/MA/PhD)?

Michael Okyere Asante: On obtaining my PhD, my immediate goal is to take up a teaching appointment in my home country, preferably at my former university, and help build and promote classical studies in Ghana and in West Africa by training other PhD students, mentoring students, facilitating the establishment of a Classical Association of West Africa to promote the study of Classics in the region, and collaborating with other faculty in Ghana and Nigeria and other West African nations to establish a research network in Classics. Through collaborations and my networks, I hope to draw funding to help raise the discipline’s profile in Ghana and beyond and provide study abroad opportunities that will expose students to key resources in the discipline.

Concerning research, my immediate goal is to return to the initial topic I had for my PhD dissertation to consider how our conceptions of community influence our views of gender and gender equality, from both African and Western perspectives. It will be the first of a post-doctoral engagement with the border between African and Western political thought. I will also be engaged in research on Platonic philosophy and the historical background from which Platonic political ideas develop. These will drive my research over the long term. As I have also been involved in research on teaching of Classical languages in independent pre-tertiary schools, I hope to expand my contribution to include advocacy in state schools and to explore ways in which the Classics can be of benefit to Ghanaian school pupils. Overall, my goal is to become an established academic in my field of research, promote the discipline in Ghana and in Sub-Saharan Africa, and make our research and success stories known across the world.

Michael Okyere Asante has answered the questions in written form.