Yustina Komba | "The Impact of Coffee Production on Land Use and Local Ecology in Mbinga District, Tanzania, from the 1950s to 2000"

This week, we welcome Yustina Komba from Tanzania. After graduating from the University of Dar es Salaam, she started her PhD in History with the thesis The Impact of Coffee Production on Land Use and Local Ecology in Mbinga District, Tanzania, from the 1950s to 2000 at Stellenbosch University in 2018. 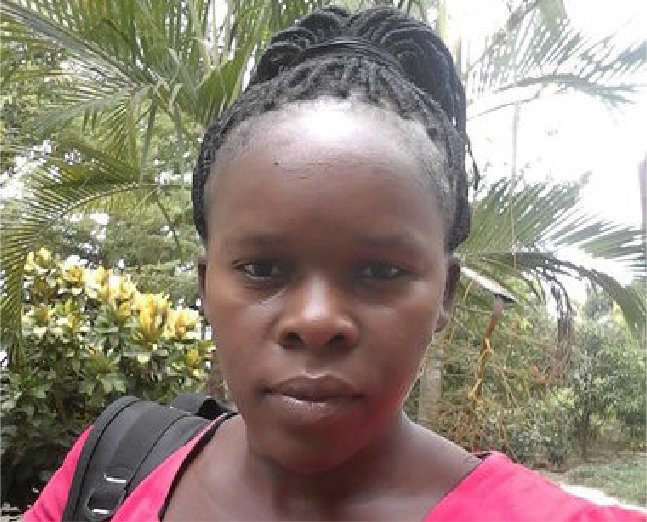 "The humanities are now increasingly an ever-growing field"

L.I.S.A.: Yustina Komba, what is the state of the humanities in Tanzania, your home country?

It is interesting to note that nearly all disciplines falling into the humanities are being offered and developed. History, for instance, is the oldest of all the humanities and is well developed with a significant number of historians. Linguistics, literature and fine arts came after history and are now studied everywhere across the country. However, religion and philosophy are recent establishments. They were once affiliated with other social science-based disciplines, like sociology, anthropology and political sciences. Suffice it to say, religion and philosophy are the emerging disciplines. Archaeology is becoming an independent discipline and grows very fast. To sum up, the humanities are now increasingly an ever-growing field in academic circles in the country as compared to the past two decades. However, the greatest challenge they face are less funding as most of disciplines in the humanities are sought to generate knowledge while enormous funding is remitted for hard sciences which are sought to provide practical solutions and the other challenge has to do with their integration with non-humanities programmes.

"I faced the problem of supervision"

Yustina Komba: In the realization of my academic career, I faced the problem of supervision whereby my first MA supervisor could not take me through the proposal development to actual research due to a health-related problem. With the second supervisor, there was a delay of feedback and since we had no Memorandum of Understanding (MOU) signed between us, it took me six solid years (2008-2014) to complete an 18-month programme. In those years, I was just waiting for feedback since I completed my dissertation writing six months before the deadline of the 18 months for the programme. This challenge delayed the development of my academic career.

My interest in this project revolves around several reasons: firstly, the MA dissertation exposed me to the coffee industry as I researched on “The Impact of Coffee Production on the Socio-economic Status of the People of Mbinga District, 1950-1990”. This study was the one which prepared and equipped me to embark on the Ph.D. research topic. I wanted to have a broader outlook on the coffee sector since the study provides just a fragmented outlook. Secondly, very little has been written on coffee production (Arabica) in Mbinga district. Most of the studies on coffee in Mbinga district have focused either on the colonial period or the post-colonial period. Thirdly, most of the studies on coffee in the country have been done by economists and thus lack a qualitative analysis. Fourthly, Coffee production in Tanzania has recently severely dropped, but this part of the country has kept on expanding its production. Fifthly, the production of coffee in this area is mainly performed by smallholder farmers who own the average of 0.7 ha. Lastly, coffee is the main source of income in this district whereby 70% of the district's economy relies on coffee. Therefore, coffee has a great influence on the community livelihood.

"My experience at Stellenbosch is a mixed one"

L.I.S.A.: What has your experience at Stellenbosch been like? Have there been any differences to the University of Dar es Salaam and possibly other institutions you have previously attended?

Yustina Komba: My experience at Stellenbosch is a mixed one. On the one hand, living expenses are high especially for accommodation, while on the other hand, Stellenbosch provides a conducive environment for studying, for example a well-equipped library, reliable, structured, and closely supervision, a conducive working place and the good thing is the availability of power and internet services (pay as you go) system. The difference with the University of Dar es Salaam is that living expenses are cheap with available public transport around the city. Power is not guaranteed especially in rain seasons due to unsustainable electrical infrastructures. I have been to Humboldt University of Berlin as an exchange student from University of Dar es Salaam (2017) and the difference is that at Humboldt the internet was free, the accommodation was arranged by the university and no student could look for private residential areas. They were considering the minimum rental expenses to be paid by the student and the university could pay the extra charges if there was the necessity of renting a private residence.

L.I.S.A.: What are the opportunities in Tanzania to pursue different degree options (BA/MA/PhD)?

Yustina Komba: A significant number of the students admitted to the humanities at the undergraduate level can hardly complete their studies because the government student loan scheme gives priority to students admitted pursuing science programmes. The same applies to MA and Ph.D. Thus, funding for the humanities programmes receives insignificant priority. Yet, field schools for these programmes are either short or non-existent. Thus, in comparison to natural sciences and social sciences, the humanities are less privileged.

L.I.S.A.: What are your plans concerning your future career once you have obtained  your PhD?

Yustina Komba: Once I obtain my Ph.D., I would like to pursue post-doctoral studies and then to continue with my academic career with a deeper involvement in research and dissemination of the research results for community development. I am interested in conducting research on rural societies, especially on agrarian changes and its outcomes on social development.

Yustina Komba has answered the questions in written form.