In the following months, L.I.S.A. will publish interviews with the Lisa Maskell Fellows from Subsaharan Africa and from Southeast Asia, in which they will talk about their research projects as well as their experiences during their academic career and the Lisa Maskell fellowship.

This week, we welcome Yudi Bachrioktora from Indonesia. After completing a BA as well as an MA at Leiden University in the Netherlands, he started his PhD at the Institute of Social Anthropology at Bern University with the thesis Between Palm Oil and Forest Conservation: Agrarian Conflict in Harapan Rainforest, Jambi Indonesia, for which he spent a year at the University of Bern in Switzerland. 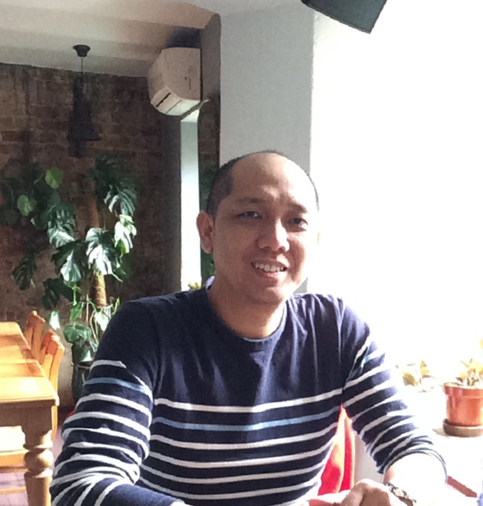 L.I.S.A.: What is the status of the humanities in Indonesia, your home country?

Yudi Bachrioktora: The humanities – and social sciences in general – are not the main field of concentration in Indonesia, compared to science and technology. The latter acquire the status of being more superior and important. This mindset has long been maintained by the state, among others, through the compartmentalization of academic disciplines into social-humanities and sciences from senior high school. Even now there is a policy from the government that focuses on increasing the workforce in the fields of science and technology. As a result, many prospective students tend to prioritize science and technology majors because they are considered more promising in the world of work.

"Being an academic is not an easy matter in Indonesia"

Yudi Bachrioktora: Yes of course, being an academic is not an easy matter in Indonesia. There are two things that matter, namely closed recruitment and internal processes that take a long time.

In my experience, the recruitment process was carried out in private by the university. There were no standard (written) qualifications for the new recruits and the selection process tended to be obscure. It was therefore not uncommon to find that the new recruits were the former students who had close relationships to their supervisors and considered to be able to work together – regardless of their qualifications. As a result, it was generally difficult for candidates from outside the faculty circle to compete for a position as a lecturer. Even after the candidates were accepted, the administration process could be another challenge. Lack of standardized regulation also make the length of time for new recruits to acquire the status as a lecturer uncertain. In some cases, new recruits needed a year or two, but oftentimes it took 5-10 years before the official status as a lecturer was obtained. The experience might vary among the faculty – or even among the departments – because the process depended more on the member of the departments of the time rather than the actual requirement.

At the University of Indonesia, the information about recruitment is open to the public and anyone can apply. The Faculty of Humanities, where I work now, also complies with the regulation. Unlike in the past when the recruitment process was conducted in confidentiality and uncertainty, nowadays the process is made transparent. There are standardized requirements for all candidates and the recruitment process will take no more than 2 years. It is hoped that with this change there will also be improvements in the regeneration process at the university.

"Explore the diversity of political reactions 'from below'"

Yudi Bachrioktora: My research is about the agrarian conflict in Hutan Harapan, a forest restoration project as part of the REDD + scheme, in Jambi Indonesia. My research focuses on how peasant and indigenous communities react, negotiate, and use the conflict situation to lay claim over the land in the Harapan forest. I chose this point of view in order to explore the diversity of political reactions 'from below' and on the factors that allow the resistance to take shape. I found that this point of view gives me a more comprehensive way to understand the problem of the Indonesian agrarian conflict, which is related to conservation and the expansion of palm oil plantation in particular.

I am interested in this theme because I have long been involved with agrarian issues in Indonesia. However, for this case, another way is needed to understand the conflict that arises in the Harapan rainforest. In this case, seeking and understanding the global land deals, particularly for the purpose of conservation, as the REDD + scheme and the desires of peasants and indigenous communities to be involved in oil palm plantations are important. This means that conflict in Harapan rainforest cannot be simplified in terms of conflict between poor vs. the state / company.

L.I.S.A.: What has your experience at Bern University been like?

Yudi Bachrioktora: Being a postgraduate student abroad means that I have to get used to working independently, including arranging study plans, research and writing as well. Nevertheless, there is a good academic atmosphere in Universität Bern, for example the colloquia held for the PhD students here. As a PhD student in Universität Bern, I have the chance to participate in two colloquia. The first is held for the PhD students under the guidance of my supervisor. Through this colloquium each student is expected to give feedback and responses to other students’ works. This colloquium meeting is usually held 3 times in one semester. The second is organized by the Institute of Social Anthropology Bern University. In this colloquium, speakers outside the university are sometimes invited to talk about various topics related to social anthropology. In addition, I have the chance to work closely with fellow PhD students which creates a supportive environment. I am personally more motivated to work among fellow students because to some extent we are facing the same situation and share similar difficulties.

"Lately the recipients of scholarships for the humanities are [...]being reduced by the [...]"

L.I.S.A.: What are the opportunities in Indonesia to pursue different degree options (BA/MA/PhD)?

Yudi Bachrioktora: In general, the opportunity to study in college for Indonesians is far better than in the past, also if you want to pursue higher education abroad. A number of scholarships, both those provided by the Indonesian and foreign governments and organisations, including the Gerda Henkel Foundation, for example, allow this to happen. In general, the professionals in Indonesia hold Master’s degree and nowadays the number of younger generations who continue their studies to Master’s programs directly after finishing their undergraduates’ studies is steadily increasing.

However, lately the recipients of scholarships for the humanities are increasingly being reduced by the Indonesian government, which focuses more on science and technology.

"I plan to [...] develop agrarian studies as a field of concentration"

Yudi Bachrioktora: I plan to continue teaching at the University of Indonesia. Before I got accepted in this program, I was a lecturer candidate. The recruitment process is still ongoing, and obtaining a PhD is one of the requirements that I have to fulfill in order to acquire the status of being a lecturer. I plan to expand the scope of research in my department and develop agrarian studies as a field of concentration. Besides that, I will continue to carry out research on agrarian issues in Indonesia. I can do this together with the center for agrarian studies that I developed together with friends in Bandung, Indonesia.