From the founding of CEU in 1991, the distinguished Hungarian historian Péter Hanák brought together a very strong permanent faculty of Hungarian historians supplemented by visiting professors representing both the international state of the art in the theories and methods of historical studies and the histories of several neighboring countries, including Russia. The mission was to assist in the democratic transition of these states and societies. I, an American, succeeded Hanák and expanded this tradition to broaden the international profile of the department by adding visiting professors from Romania, Ukraine, Croatia, Bulgaria, and Poland. The two guiding ideas here were to have the faculty reflect more closely the composition of the student body and to promote the recruitment of students from these countries. Initially, the main intellectual challenge facing the department was to design a curriculum at the master’s level that would introduce the students to a critical and pluralistic approach to history and counter the tendency, beginning to gather strength in educational institutions throughout the region, to replace one set of dogmas (based on Marxism-Leninism) with another set (rooted in a nationalist narrative). With these guiding principles in mind, a one-year MA program in Central European History was launched and approved by the New York State accreditation authorities beginning in 1992/93.

It soon became apparent to the members of the department that the process of building a representative international faculty and a well-integrated curriculum had reached a point where it was possible to plan for a doctoral program. The resources of the library had also been greatly expanded with substantial book donations by several American historians of Russian and European history and by the library of Radio Free Europe/Radio Liberty, as well as with the more recent donation of archival collections by the Open Society Institute. In designing a doctoral program that would meet the standards for an American accreditation, it was decided to present a unique formula based on the department’s unusual combination of human and material resources. This was the basis for the PhD in the Comparative History of Central, Eastern and Southeastern Europe. In 1996, with the approval of the rector, the department invited a team of three American external reviewers to evaluate its newly designed doctoral program. Following a favorable review, the department’s doctoral program was accredited by the Board of Regents of the University of the State of New York, the first doctoral degree to be approved at CEU. In keeping with the belief that the teaching of history should not be confined to the narrow parameters of a nationalist outlook, courses were designed along thematic lines. All entering MA students were required to take a course in historiography that provided an introduction to historical methods but that also served as a socializing experience. The committee for the defense of the master’s thesis is now composed of the supervisor, second reader, and a member external to the department. All doctoral candidates are required to take a course in the literature of comparative studies, including readings in the social sciences, privileging the interdisciplinary approach. In keeping with the criteria for accreditation as an American degree, the history department’s PhD program requires the entering student to have completed a master’s degree and then, after a year’s course work, to pass an oral examination on two comparative fields before being formally admitted to the doctoral program. The doctoral exam is organized around a set of comparative themes in two of the three regional areas designed by the student in consultation with an advisor, a dissertation proposal, and a preliminary bibliography. In accord with our inter-institutional as well as international outlook, we have drawn on the services of faculty from universities in Hungary and numerous other European, and occasionally overseas, universities to serve on our examination committees for both the MA and PhD.

From the early years, the department began to invent a number of traditions to enhance what was already a growing spirit of collegiality among the students. The first of these was the Hanák Prize for the best master’s essay, judged by three professors none of whose students had been nominated, and awarded at the end-of-term departmental graduation dinner. Another was the trip to visit the museums in Vienna led by our art historian. More recently, an annual spring walking tour in the Buda hills has been inaugurated on the initiative of our staff.

In response to the changing international environment and composition of the faculty, a growing sentiment, encouraged by the central administration, developed on the need to introduce a more global perspective. During the early 2000s, geographic horizons widened to embrace the Mediterranean and the Middle East. In 2014 the department decided to change the name of the master’s degree program simply to Comparative History. This signified a movement away from an exclusively area studies focus to a more general thematic organization of both graduate degrees within the department. Combining historical themes with explorations of up-to-date approaches aimed at highlighting more universal implications and refining the approaches themselves. As part of the university’s innovative initiatives, specialized thematic studies were introduced including Political Thought, Science Studies, the Center for Religious Studies, and the Jewish Studies Program, as well as Archives and Evidentiary Practices. At the same time, a fourth area, the Eastern Mediterranean, was added to the three original regional areas in the doctoral program. The special programs award their own advanced certificate together with the MA degree. They also sponsor their own lecture series. In addition, there are three focus areas, growing out of the university’s initiative in the humanities program: Early Modern History, Labor History, and Russian, Ukrainian, and Eurasian History, each of which features strong teaching and research. The object of all these programs is to offer students a wide range of flexible approaches to the study of history, facilitating cross-departmental cooperation while retaining thematically coherent courses of study.

Further enhancing institutional cooperation, the history department, under the leadership of Laszlo Kontler, in cooperation with the Medieval Studies Department, established in 2005 a Doctoral School in History designed to meet all the PhD requirements of a Hungarian PhD. This means that students who choose to fulfill additional academic criteria set by the Hungarian Accreditation Committee can obtain a second, Hungarian PhD. Along with the Hungarian accredited PhD in economics, the Hungarian accredited PhD in history enabled CEU to acquire legal status as a Hungarian university. Three years later, the Departments of History and Medieval Studies again cooperated to introduce a two-year Master’s Degree in Comparative History to coincide with the reduction from four to three years of the BA in EU universities. This program was also subsequently registered with the New York Board of Regents and the Hungarian Accreditation Committee.

The history department has continued to multiply its cooperative relations with other universities in Europe and North America through a variety of programs, including the Erasmus Program for two-year master’s and doctoral candidates, individual exchanges with Purdue University, Princeton University, and Bard College in the United States, and as part of an international consortium of universities at Florence, Vienna, Regensburg, and Münster. Through a web of personal and institutional ties—conferences, research projects, mutual participation on dissertation committees, etc.—with all major sites of training and research in historical studies, whether based at the Academy of Sciences or universities, the department is deeply integrated into the historical profession in its Hungarian homeland.

As an important part of the department’s research agenda, Pasts, Inc. Center for Historical Studies organizes research seminars and conferences and grants fellowships to support innovative projects by emerging scholars. It also sponsors the journal East Central Europe. Three members of the department have inaugurated and formed the editorial board of a series of monograph publications by CEU Press under the title ‘Historical Studies of Eastern Europe and Eurasia’. The department also hosts one of the three editorial offices (the other two are based at the University of Manchester and the European University Institute in Florence) of the European Review of History / Revue d’histoire européenne.

Let me conclude on a personal note. Coming from teaching for twenty-five years in the United States, I was struck from the outset of my tenure here, as many of our permanent and visiting faculty have been, by the mutual respect and noncompetitive, friendly yet highly serious demeanor of our students. No matter how controversial the subject under discussion, ranging from religious conflicts to the nature of repressive regimes, war and other human disasters that, in many cases, had directly affected their families, students engaged in few, if any, recriminations, denunciations, or harsh exchanges in classroom discussion and debates; I observed none in my twenty years at CEU. Rather, there was an overwhelming desire to understand the roots of the controversies that had so divided, and more often ripped apart, the societies from which they came. It was for me and others (including outside visiting lecturers and examiners) as well, a lesson in tolerance that could be well emulated in other national or international institutions in our time. 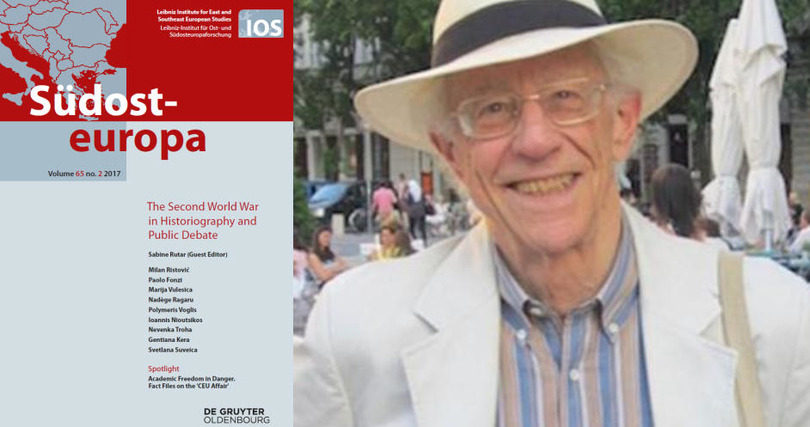