"Qatar has become a 'hakam'"

Dr. Allen J. Fromherz is Associate Professor of History at Georgia State University. He was previously Assistant Professor of Middle Eastern History at Qatar. Output of his research in Qatar is his new book Qatar, A Modern History, published in January 2012.

In our interview we have asked him about the current situation in Qatar and the historical conditions. 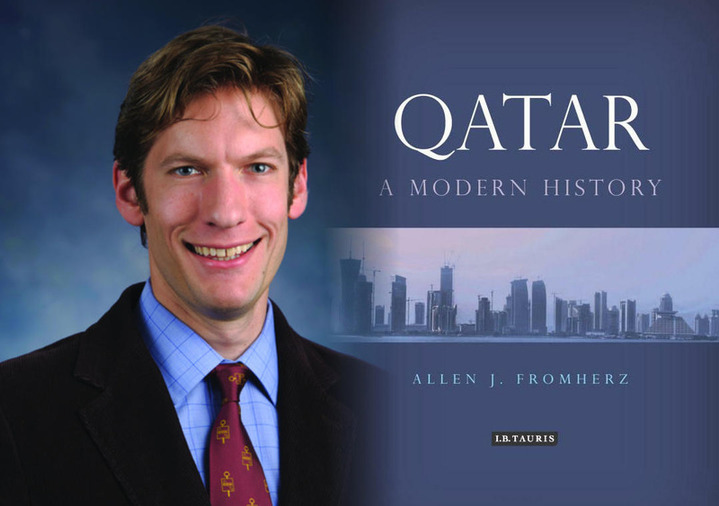 L.I.S.A: Why is Qatar’s history important?

Dr. Fromherz: In a geopolitical tinderbox, Qatar is not only important simply because it is located in the Gulf. Qatar under Sheikh Hamad bin Khalifa al Thani, the current Emir who ousted his father in 1995, has deliberately pushed itself to the center of world concerns. Qatar under Sheikh Hamad has become a hakam, an Arabic word meaning both “mediator”, and “leader” in the Arab world. By promoting itself as a forum for divergent views and positions on the future of the Islamic world, by hosting the leader of Hamas even has it has reached out to Israel, by maintaining strong ties to both Iran and the USA, by calling for the ouster of regimes in Syria, Libya and elsewhere in the Middle East on its popular Al-Jazeera Satellite TV station, Qatar has positioned itself as the leader of the Arab world, despite being small and vulnerable.

Qatar’s image to the outside world is a country that has effortlessly reconciled the world’s most persistent contradictions: manufactured heritage and hyper-modernization, tolerance and tradition, Islam and materialism, authoritarianism and democracy. This book shows that, in reality, the situation is far more complex; Qatar’s internal contradictions remain problematic just beneath the surface of prosperity. The book examines the internal history of Qatar, a history that is very difficult for visitors or outside observers to see. 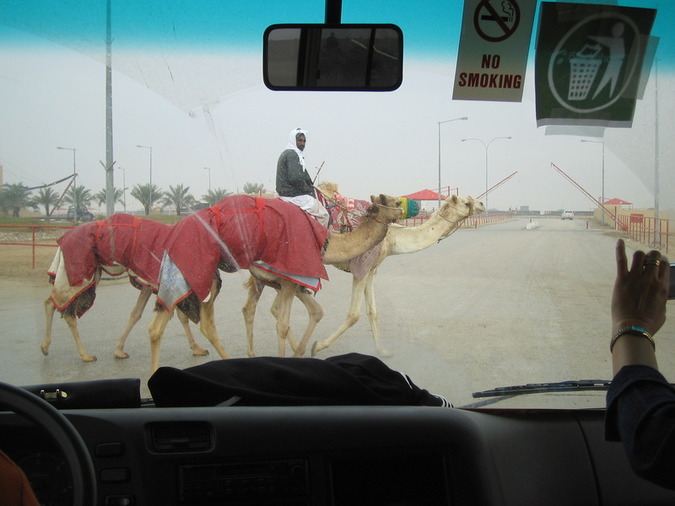 Taken from inside a Landrover at the Camel Race Track.

"This myth of the 'nation' is, for Qatar, extremely new"

L.I.S.A.: How does Qatar’s history relate to Gerda Henkel’s program on nationalism in the Middle East?

Dr. Fromherz: Perhaps the most important, and misunderstood, dynamic in Qatar is the relationship between the Emir and the small population of Qatari citizens. Although there are 1.7 million people in Qatar, there are only about 225,000 Qataris. This is about the size of the city of Oberhausen in Germany. The ruling family, the Al-Thani, is also quite large and a sizeable proportion of this population. As such, there are ample opportunities for close contact between the ruler and the ruled. In many instances conflicts and issues are resolved internally and unofficially through the tribal majlis, or traditional council system. As the population and economy grow, however, the Emir has claimed far more power and authority than he could claim in the past. At one point, just a few decades ago, there were many Emirs in Qatar - other major tribes, such as the Naim, had their own Emir or “ruler” and they considered themselves largely independent of the Al-Thani Emir. The Emir’s effective power was concentrated only around Doha. He was seen sometimes as “first among equals.” Even within Doha, city districts are divided largely according to tribe.

Recently, however, the current Emir has amassed most of the resources and most of the power not only within the Al-Thani tribe but also within the small segment of the Al-Thani most closely related to the Emir. At the same time, he has manufactured and promoted a national myth of origins that places the Emir and the Emir’s ancestors at the center of Qatari history. This myth of the “nation” is, for Qatar, extremely new. Nation day only started in 2007 and it is used to commemorate Emir’s ancestor and his leadership of a battle against the Ottomans at Wajbah. In many respects, loyalty to the nation is equated with loyalty to the Emir and loyalty to nation is now expected to trump loyalty to tribe. It is for this reason that Qatar’s leadership is very keen to create a sense of national culture and heritage linked directly to the status quo and to emiri power. Even “democratization”, when it is not accompanied by meaningful representation and sharing of power, seems to be an institutionalization of state and emiri power as it merely registers citizens as part of a national project.

Qatar, A Modern History, demonstrates that the power of the Emir was due not simply to historical preeminence but to the interference of outside Empires, especially the British and the Ottomans, who selected the first Emirs as to represent other tribes on the Peninsula. This power was only solidified with the signing of Oil Concessions that were given personally to the Emir, not to the country as a whole. 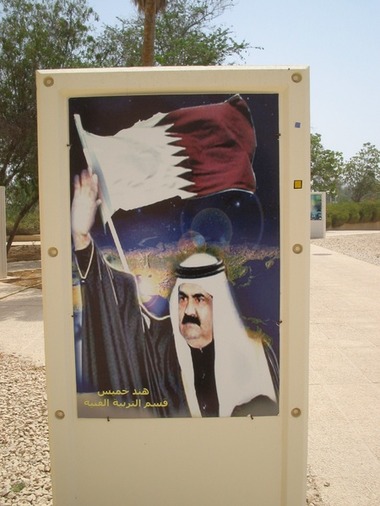 L.I.S.A.: What is the significance of Qatar’s massive investments in cultural heritage?

Dr. Fromherz: Even as Qatar has invested billions in the Museum of Islamic Art (designed by IM Pei), and National Museum of Qatar, and other heritage projects, there are no critical examinations of Qatar’s own history by Qataris themselves. These museums are majestic showcases of Islamic art and culture but they do not wrestle with difficult questions and concerns. Records after independence remain largely closed. History and heritage remain carefully controlled elements of a constructed, national narrative of emiri power, of “non-western” democracy, of munificence.

L.I.S.A.: What about Qatar’s economy can explain its current political system?

Dr. Fromherz: After the last pearling ship sailed around 1955, Qatar fully entered the world of a rentier oil state, a state where almost revenue comes from Oil, not from taxing citizens, a state where citizens received compensation from the government. While most people are against taxes, they are actually a quite useful means for a population to check a government. By being dependent on the population for revenue, a government is directly concerned with the welfare and productivity of that population. Oil revenue tends to concentrate power at the expense of traditional, historical obligations. The end of pearling also meant the end of a way of life very dear to the memory of Qataris.

The “times of hunger” in the 1930s - 1940s, however, largely hollowed out Qatar’s traditional pearling economy even before the rise of Oil. The mikimoto pearl of Japan had destroyed the market for natural pearls from the Gulf. Most Qataris, traders, tribes and merchants left the country. The Emir and his family waited and survived on Oil Concessions. Once WWII ended and oil exports began the Emir was in a position of almost uncontested authority socially, politically and economically. 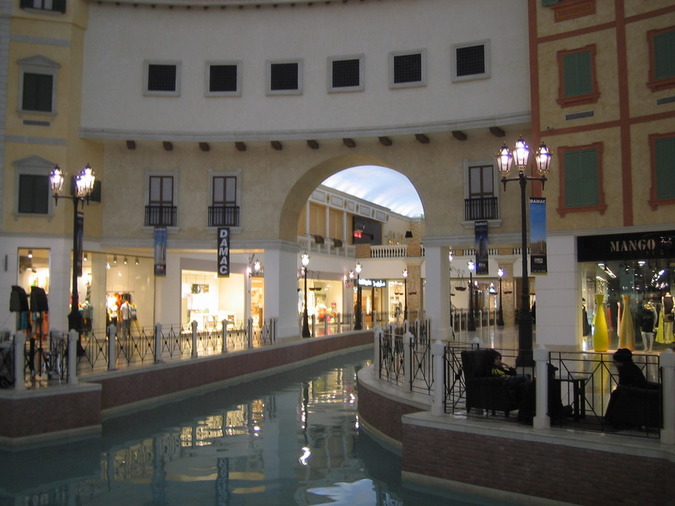 Taken inside the luxury Villagio shopping mall in Doha.

"The government has created 'Qatarization' programs"

Dr. Fromherz: Another reason for Qatar’s obsession with heritage is the existence of a huge expatriate population of some 1.5 million, a population primarily of single males from India and temporary contract workers from the West. Qataris sometimes feel that their country is not theirs at all, but one built by and for expatriates. The government has created “Qatarization” programs to address these concerns. However, it will remain impossible for Qatar to maintain its current growth rates on the national population alone: even if every Qatari was educated and qualified enough to fill positions. This creates a fundamental crisis, as the expatriate population seems to distance the national Qatari population from having a stake in the power and future of Qatar. At the same time, a large expat population insulates the Emir and his closest circle from sharing power with an increasingly marginalized national population. There are stirrings, however, of dissent. Economic growth remains vulnerable to unforeseen shocks and highly dependent on one resource: liquefied natural gas from the North Field, a Gas field shared with Iran. The Al-Thani, especially the Emir’s close circle, must be careful not to bite off more than they can chew as they may distance themselves too far from the rest of the population, a population that may be forced by certain, unforeseen shocks to wake up to the realities behind the façade of affluence. 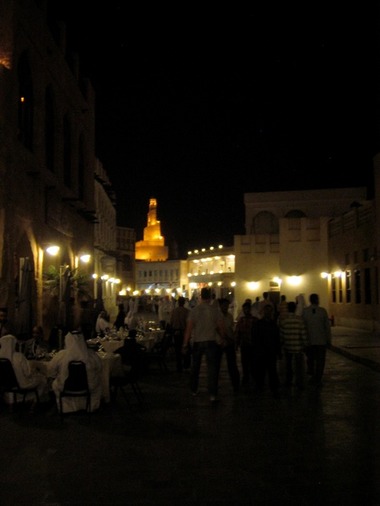