This week, we welcome Patrick Okombo Lugwiri from Kenya. After graduating from the University of Nairobi, he started his PhD in Linguistics with the thesis Examining Kiswahili as a Tool for East African Integration: Historical Perspectives and Sociolinguistic Implications at Makerere University in 2017. 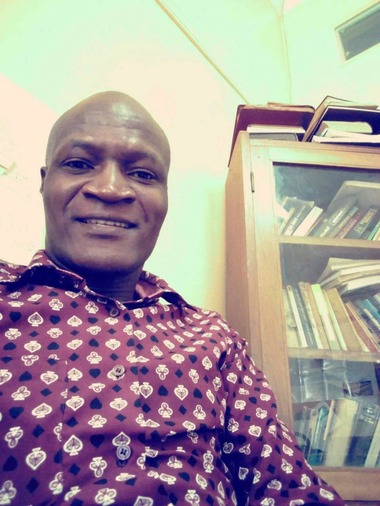 "The Natural Sciences have labeled the Humanities as inferior"

L.I.S.A.: What is the status of the humanities in Kenya, your home country?

Patrick Okombo Lugwiri: The Humanities in Kenya have always been active. The majority of the universities in Kenya have colleges, schools, faculties and departments that are humanities-oriented. Many students have over the years enrolled for different courses in the Humanities. However, in the recent years, the courses in Humanities have received a lot of criticisms from the crusaders of the Natural Sciences who have labeled the Humanities as inferior and not very useful for national development as compared to the Sciences. Kenyan’s Deputy President, H. E. William Samoei Ruto has been a vocal propagator of these sentiments ever since he was the Minister for Higher Education in the 2010, a position he holds up to date.

Patrick Okombo Lugwiri: Certainly. The main problem that I have encountered has been infrastructural and financial. Poorly equipped public learning institutions that I have attended coupled with my humble family background has always been an obstacle in my academic pursuits. I have always been forced to take breaks between different levels of my academic pursuits due to lack of funds to carter for my fees. However, with hard work and determination, I have always managed to push through. This has enabled me to win academic scholarships such as the University of Nairobi scholarship for my Masters degree and the Lisa Maskell Fellowship for my PhD at Makerere University.

L.I.S.A.: What is your PhD about and what got you interested in the chosen topic to begin with?

L.I.S.A.: What has your experience at Makerere University been like? Have there been any differences to the University of Nairobi and possibly other institutions you have previously attended?

Patrick Okombo Lugwiri: I am already enjoying my stay and studies at the great Makerere University. Although not very different form its sister University of Nairobi where I undertook my BA and MA studies, I value the many seminars, trainings and workshops, especially for graduate students which are taken seriously and professionally by those in charge. The ambiance of the Makerere university if also good for academic activities.

L.I.S.A.: What are the opportunities in Kenya to pursue different degree options (BA/MA/PhD)?

Patrick Okombo Lugwiri: While the government of Kenya has come up with a bursary scheme to help bright students from humble backgrounds to pursue their degrees especially for the undergraduates, in addition to the loans granted by the Higher Loans Education Board, I find the opportunities not sufficient enough to cater for the rising number of young people desiring to pursue various degrees especially at the postgraduate and the graduate levels. Some of the Kenyan Universities like the University of Nairobi offer only limited number of scholarships for masters’ students per year, say, one per department. This is a drop in the ocean, it leaves many desiring for such opportunities. Many other universities do not have such opportunities. There are currently no scholarships for graduate students from within the country, hence those seeking funding for their graduate studies have to do so outside the country. Therefore, the opportunities are very limited.

Patrick Okombo Lugwiri: My career vision is to contribute positively to the development of my society through the generation and dissemination of knowledge by way of research, publication and teaching. I hope to obtain a teaching position in an institution of higher learning where I will realize this noble vision. I also plan to take an active role in mentoring young scholars thorough community based forums, workshops, seminars and trainings.

Patrick Okombo Lugwiri has answered the questions in written form.