"An integral part of the post-conflict recovery process"

The "Stewards of Cultural Heritage (SoCH) Program" aims to prepare five Syrian heritage specialists for the post-conflict period in Syria. Doing so, it provides workshops, seminars or conservation projects. Furthermore, the awardees are carrying out their individual studies, including an oral history project, different projects to restore and preserve heritage sites in Aleppo or preparing non-formal educational material for Syrian children about their cultural heritage. Diana Miznazi is the coordinator of the project - in an interview, she reports how the project will help Syrians reviving their identity and educating younger generations about their cultural heritage. 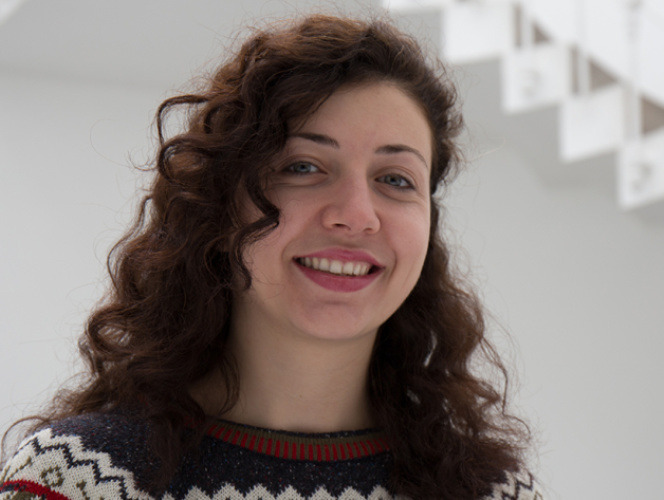 L.I.S.A.: What is the project about? And who are the Stewards of Cultural Heritage?

Miznazi: In response to the massive destruction of the Syrian Cultural Heritage, with the overall aim of safeguarding this heritage and as a part of the Zero Hour - A future for the post-crisis period project, the German Archaeological Institute (DAI), Istanbul Department, launched the “Stewards of Cultural Heritage- SoCH” project in October 2016. The SoCH project is a 24 months scholarship program, which is co-funded by the Gerda Henkel Foundation. The Stewards of Cultural Heritage are five Syrian heritage specialists (archaeologists and architects) based in Turkey, who were chosen to carry out their own proposed projects within the framework of their training and in preparation for post-conflict period in Syria. To facilitate these projects, the program is based on two main educational elements; workshops and seminars and a practical conservation project carried out in an archaeological site in South-East Turkey.

L.I.S.A.: What is your role in the project and why do you do it?

Miznazi: I have been coordinating the SoCH project for over a year now. I chose to be involved in this project, as I believe in the utmost importance of educating the Syrians about cultural heritage, so they can have a positive active role in the reconstruction of their country when the conflict is over.

"It helps reviving the national identity"

L.I.S.A.: The project aims at documenting and educating the younger generations about their Cultural Heritage. Why do you think such preservation is so important in Syria and how do you think this can help shape the future of the country?

Miznazi: Tangible and intangible heritage can be lost forever during a conflict like the one taking place in Syria. Cultural heritage is as an integral part of the post-conflict recovery process, even in its earlier stages, for it helps reviving the national identity of the conflict-affected community and is an essential contributor to conflict resolution. The younger generation is the hope a country like Syria has left to recover its cultural identity and integrity. Therefore, each of five projects under a SoCH aims to contribute to the joint efforts carried out worldwide to preserve cultural heritage through documenting it and raising the public awareness about its importance.

L.I.S.A.: How does your project attempt to gather and protect the Syrian Cultural Heritage? And how do you think the interaction between the multiple projects and scholarship holders can be beneficial to the success of the project?

Miznazi: Each of the projects carried out by the stewards focuses on researching one aspect of Syrian cultural heritage protection. For example, one of the projects is preparing a restoration plan for a certain building in Aleppo, whereas another is preparing a catalogue of not-very-well documented sites in the Syrian Desert using local resources…etc. Such researches are an indispensable tool during the reconstruction planning and execution. We have tried to integrate the stewards as much as possible within other Syrian researches’ networks to avoid duplication of work and broaden their research horizon. Such networking is highly beneficial to their projects, especially for obtaining missing information –necessary for their research- that can be provided by other members of the network.

L.I.S.A.: While discussing the projects’ goals, several Syrian experts have mentioned the nation’s future success. How would you define the objective or future goal of the project?

Miznazi: The conflict in Syria has not only destroyed cultural properties, but also displaced the people capable of preserving such properties. As there is no possibility to interfere to protect cultural heritage directly in Syria at the moment, SoCH aims to offer –at least some of- these displaced scholars a chance to continue their scientific work in Turkey. At the same time, the project promotes the stewards’ further education in the areas of cultural preservation in different universities here in Turkey. SoCH aims through the above mentioned to contribute to building the national capacities of Syrian scholars so they can take part in planning the country’s reconstruction. Post-conflict reconstruction can only be successful with the active participation of the local expertise in such process on all levels.