L.I.S.A. asked them about their work within the SoCH program and their plans for the future. The last interview of this series is with Mr. Mouhanad Aboudan about his project "The architecture of the Traditional Islamic Madrasas in the Old City of Aleppo (a comparative analytical study)". 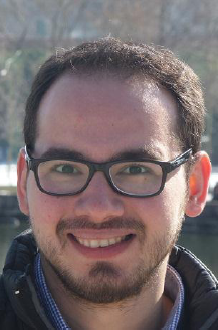 Aboudan: My project within the scholarship is about the Architecture of the Traditional Islamic Madrasas in Aleppo covering different Islamic periods (Zinged, Ayyubid and Mamluk). The research provides a comprehensive study of madrasas during the three periods through presenting historical information and architectural description and analysis of three madrasas. I focused my study on Madrasas that were originally built as a madrasa – not as a mosque for example and then converted - and preserved their original architectural and structural elements.

The study resulted in producing a catalog for Madrasas in each period including the same detailed data. The catalog was developed using information from previous studies, in addition to detailed analysis of the available plans and photographic evidence. The catalog of each madrasa includes the history, location, year of establishment, architectural drawings, and architectural, structural and decorative elements. I chose three madrasas as case studies for my extensive anlysis, Al Asadiyya (Zengid period), Al Kamiliyya (Ayyubid period) and Al Saffahiyya (Mamluk period).The analyasis of each madrasa includes the political, social and architectural aspects as well.

I chose this research because there are only few studies about traditional Islamic madrasas in Aleppo during the different Islamic eras (Zengid, Auyybid, and Mamluk) in general, considering architectural, structural and decorative aspects. Also there is a lack of studies about development of Aleppo madrasas during different islamic periods, therefore I figured that it is important to do a research that provides a comprehensive study of madrasas during the three periods that gives a clear idea about Islamic madrasas in Aleppo, also recognizing the development of architectural and structural elements of Islamic madrasas, which will help us understand how these madrasas had developed clearly. 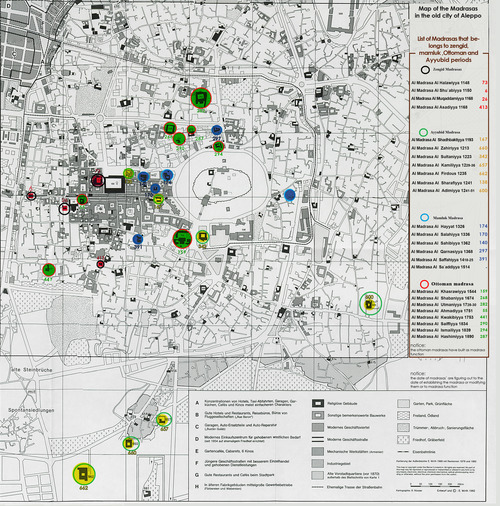 "Ayyubid madrasas were the zenith of the Islamic Madrasas in Aleppo"

Aboudan: I found that the Ayyubid madrasas were the zenith of the Islamic Madrasas in Aleppo due to the political, economical and social stability the city enjoyed during this period, when it was considred one of the most important cities of the empire. According to the map that gathered all madrasas, I noticed that Ayyubid madrasas are located widespread in the old city and even outside the city walls especially south of Aleppo and that the size and number of the traditional Islamic madrasas (that were originally built as a madrasa) was bigger than in any other Islamic period, whereas the other madrasas belong to other Islamic periods (Zengid, Mamluk and Ottoman). 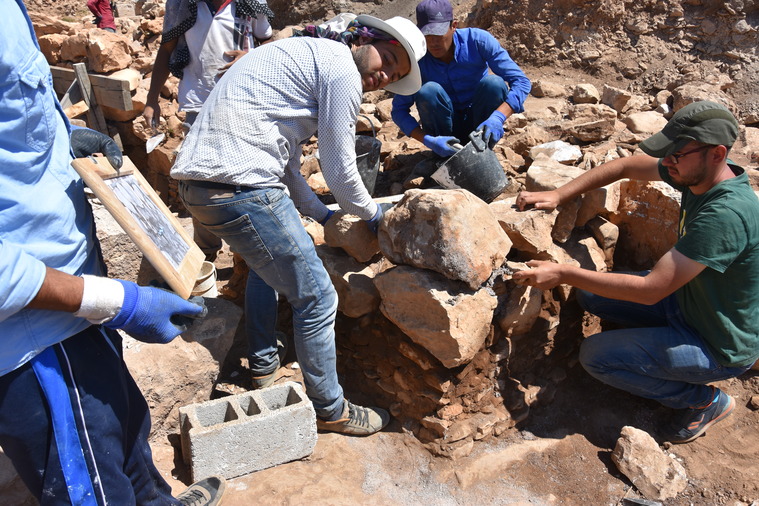 "Plans and photos gave me a great advantage to describe the architectural, structural and decorative elements of madrasas"

Aboudan: There are many studies regarding Islamic madrasas in Aleppo, but most of them especially with Arabic content focus on the historical aspects more than architectural aspects of madrasas and the majority of books about Aleppo (the city) focus on historical events and political situation in the city. Most of the architectural studies of madrasas are descriptive and there is no or little analysis included in the studies. The conducted studies are general (not detailed), and finally there is a lack of visual (photographs) and historical documents including surveys and drawings. As a result, there is a limited number of researches about madrasas without any comparison between madrasas belonging to different periods.

At the end making one map that has all madrasas in it helped me understanding the development of Aleppo madrasas by showing the location, size, and a number of madrasas that belong to different Islamic periods in the old city of Aleppo. 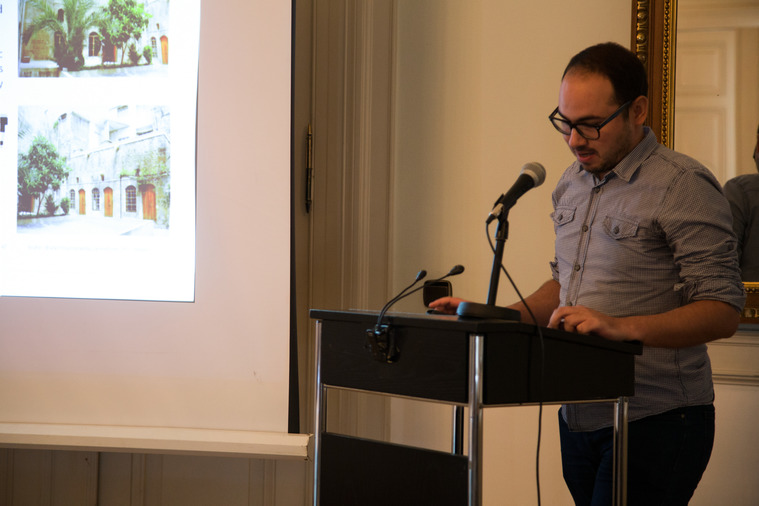 Presentation of Mr. Aboudan during the final event of the Stewards of Cultural Heritage program in Istanbul, September 2018

Aboudan: My future plans are to start a PhD in Architecture (restoration and conservation of historical buildings) in Turkey or in any other country especially Germany that could be an extent of my master degree in restoration and conservation. In addition, the research could be the base of a more thorough study about Islamic madrasas including the Ottoman period, which I am thinking of developing as a PhD thesis.

On the other hand, I would like to have more experiences by participating in more restoration and conservation projects of historical monuments and archaeological sites that will make me able to develop and learn more about conservation and the use of different tools.

At the end, I wish to make use of the experience and education, which I got from the scholarship of Cultural Heritage Project at the German Archaeological Institute in Istanbul that was founded by Gerda Henkel Foundation and my previous degrees (Bachelor degrees in Architecture and Master degree in Restoration) in future restoration and conservation project in Syria especially in the old city of Aleppo.

Mouhanad Aboudan has answered the questions in written form. 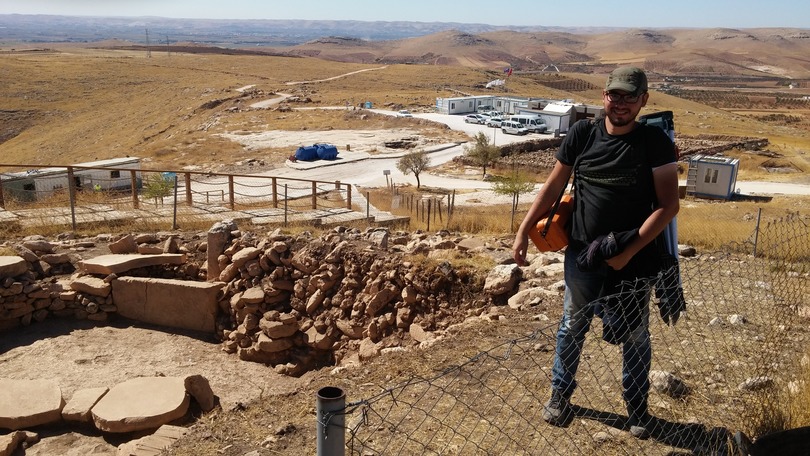