The Story of a Memorial

With signing the armistice treaty on November 11th 1918, the First World War had ended and there were to be deplored millions of casualties in Europe. It was a seminal catastrophe and enormous disaster and left behind great misery and for the population it meat a desperate struggle for survival, having to cope with starvation, poverty and a lack of all things of daily life. With a death toll of about two millions in Germany, the city of Frankfurt am Main had to deplore 14.000 fallen and missing people as well as countless wounded. Among them were more than 900 people from Höchst and Nied. 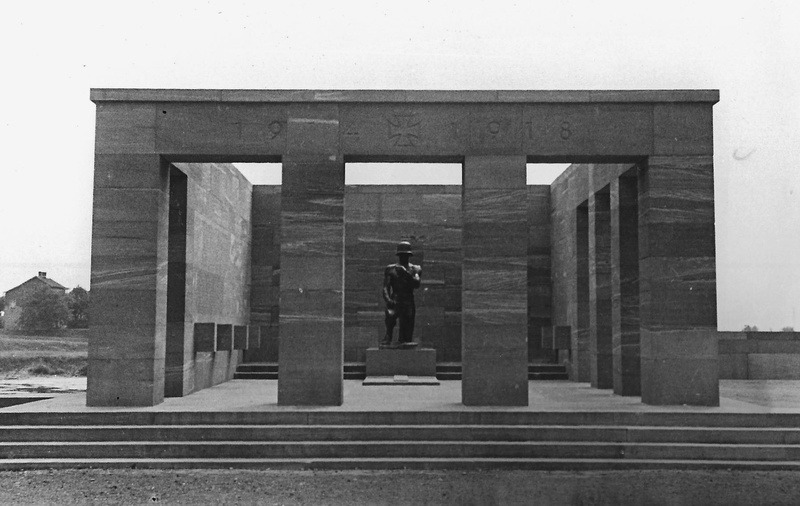 But in the western parts of the town, especially in Höchst and Nied after 11th November, the war was not really over. After the last soldiers had passed through Höchst, the French marched in. The left bank of the River Rhine in Germany was occupied by France. The French troops in Höchst Unterliederbach, Sindlingen, Zeilsheim, Nied, Griesheim and Schwanheim  belonged to the occupation army, the so-called „Mainzer Bridgehead“.
The occupation ended in June 30th. 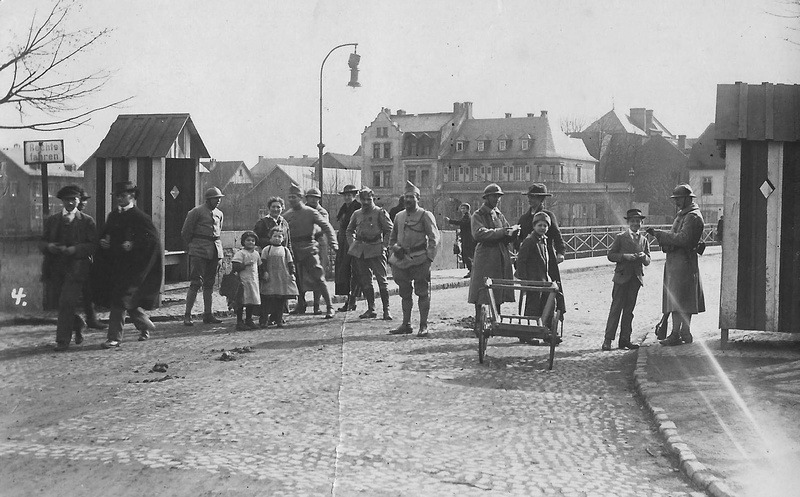 While in Germany in almost all villages and towns monuments in memory of the fallen soldiers were errected, in Höchst and Nied that was not possible, maybe for politically reasons. Apart from the churches and other secular communities the initiative came from the local military and veteran clubs.

When in 1933 the Nazis rose to power, they took over the idea and began to plan a common war memorial for the both western city parts of Höchst and Nied. It took a long time to find a suitable site. Finally it was decided to make use of the fundament of the former old sluice at the River Main, on the area of the so-called “Wörthspitze.” Famous architects and artists like Hermann Senf and Prof. Richard Scheibe were commissioned to create an imposing, massive monument in red sandstone.

In April 1937 the war memorial with the bronze of the “Naked Warrior” was formally inaugurated, in the presence of huge crowd of civilians, top politicians and military leaders. 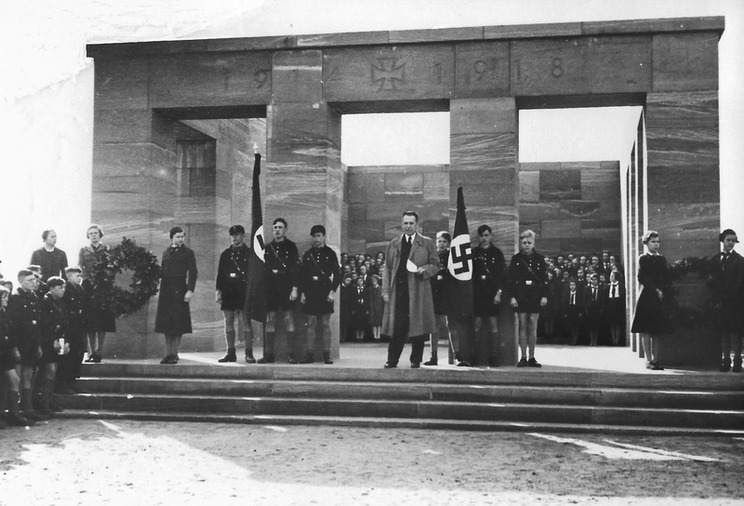 Heroes' Day 1938: the headmaster of Nidda-School with his pupils at the memorial

After World War II the bronze of the “Naked Warrior,” created by Prof. Richard Scheibe, was removed as a result of war damages and used for practising shooting by GIs. Nearly ten years later the same architect as before, Hermann Senf obtained the commission to renovate and redesign the sandstone monument at the Main riverside.

With the beginning of a new decade, in the “sixties”, the monument was in a poor and unaesthetic state because of dirt and litter all-around. It was a public nuisance and an eyesore for citizens and therefore problem for the authorities. Then new political leaders supported the plan to tear down the “Nazi-Building”.

In 1965 the plan of a tear-off was carried out and the building was dismantled down to the stone terrace. Nowadays you can still see the remains at the Main riverside. The stones with all the names of the fallen soldiers from Höchst and Nied, formerly placed on the inside walls, were moved to the cemetery of Höchst, Sossenheimer Weg. They became part of a newly created Memorial to honour the victims of World War II. 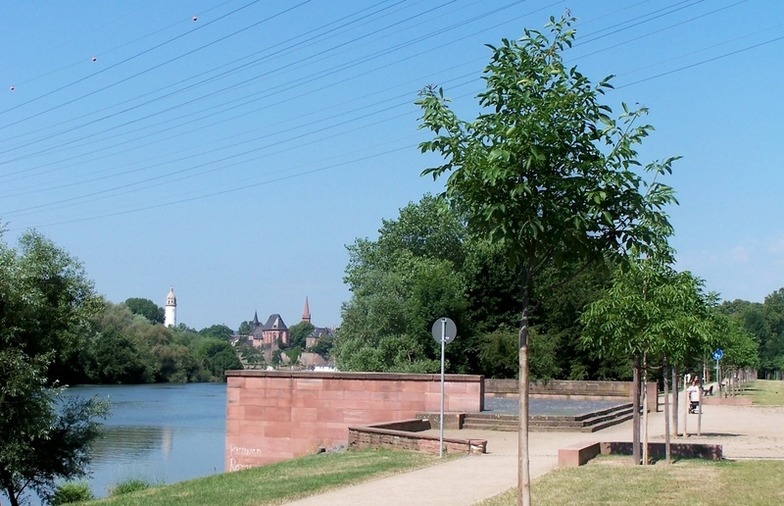 The terrace of the former memorial at Woerthspitze in Nied. In the background Alt-Höchst.

This documentation self-published by Hans Günter Thorwarth, DIN-A4 with 407 pages, 345 images and photos, many of them coloured, appeared in print in October 2012. It is now available on CD-ROM directly from the author and publisher.

Beside the historical events from past history up to now also describes the individual fate of some not commemorated war victims, representative of other, nameless ones. In addition it contains historical contemporary documents and extracts of the regional press, a chronological table and an index of names from the death soldiers.

The Project “StadtteilHistoriker” is promoted by the Polytechnische Gesellschaft Frankfurt am Main in Cooperation with the Gerda Henkel Stiftung Düsseldorf and Frankfurter Neue Presse. 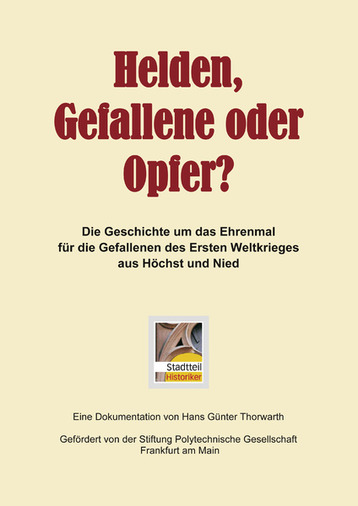