Heritage, Islam and Values of Preservation:

Current crises involving the destruction of archaeological sites in the Middle East raise questions about the very concepts of preservation and ‘heritage’ and how it developed across the 19th and 20th century. To many archaeologists and heritage professionals, preserving these legacies seems an obvious and unproblematic goal, from artefacts in museums and storage magazines, to archaeological sites and monuments. But what counts as 'preservation', which objects or sites are preserved (or not), and who decides? So far only few challenge the idea that the preservation of heritage depends on the widely accepted ‘UNESCO approach’. At the level of the field site or monument, European preferences in heritage have held sway: Biblical sites such as Nimrud (Iraq) or Classical sites like Palmyra (Syria) are considered ‘shared heritage’, and their destruction receives far more public attention in Europe than the destruction of Islamic sites in the same region. In fact, Islamic material culture, critics have argued, is often considered at odds with dominant heritage preservation practices. Which role do conflicts of values play in these discussions? In this seminar, which will be opened through three brief statements by archaeologists and historians, we will discuss these questions against the backdrop of the variety of approaches, technologies and practices towards preservation by local institutions and people. 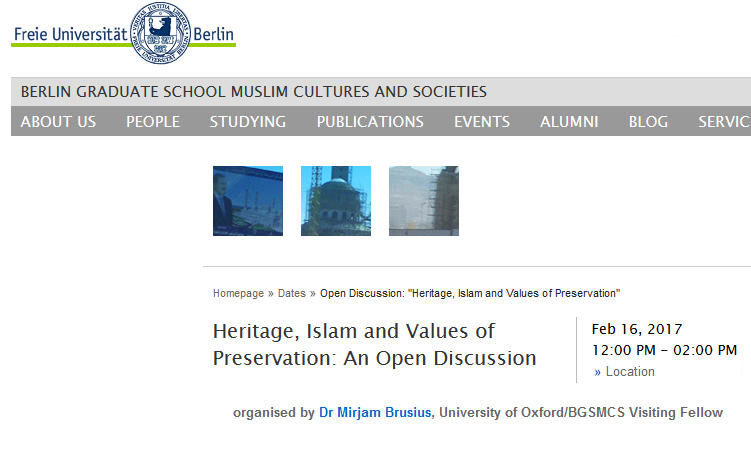