Giovanni Bastianini and the art market in Florence during the Risorgimento

„Communities are distinguished not by their falsity/genuineness, but by the style in which they are imagined." [1] This statement of Benedict Anderson can particularly be applied to the forgeries of the Florentine Ottocento. The most fundamental strategy of these forgeries is the cross-cultural codification of perception processes such as visual expectation, which in the first place makes forgeries possible. Offering essential knowledge concerning the respective perception of art at certain times, in certain cultural communities, forgeries are furthermore documenting their own perception and history and can insofar be termed 'imagined objects' (following Anderson's notion of the 'imagined communities'). 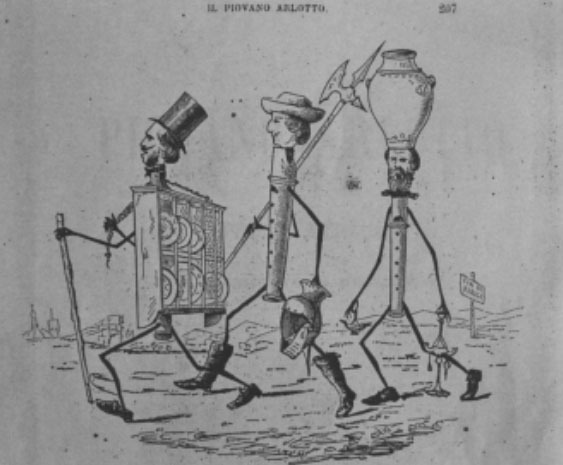 This can be illustrated particularly with reference to the example of the Florentine sculptor and forger Giovanni Bastianini, whose works claimed to originate from the Quattrocento, while they simultaneously fulfilled the stylistic expectation of the European and American audience during the 19th century. Hence an asymmetrical power relationship evolved between art collectors, travelling to Italy, and Italians searching for national authenticity and identity during the Risorgimento.

However these Forgeries were not only a consequence which responded to an increasing demand but also represent a multi-layered connection of different cross-cultural interests. Willing to protect their own cultural heritage, so that it remained within the Italian frontiers while at the same time benefitting from foreign currencies, Italian forgers used the visual expectation of their European-American 'culture invaders' as mediums for a culturally coded pictorial expression. In turn this procedure is comparable to Felipe Guaman Poma de Ayala's use of the Spanish language in „The First New Chronicle and Good Government“[2], which Mary Louise Pratt describes as: „[…] an example of a conquered subject using the conquerors language to construct a parodic, oppositional representation of the conquerors own speech.“[3] Following Pratt this is one of the dynamics of the "contact zone", which figuratively in the case of the Florentine Ottocento-Forgeries conduced to deceive the partly self-appointed art experts.

Transported to international art collections and museums (e.g. the Louvre) as souvenir-like objects, these forgeries not only fulfilled a specific desideratum but also actively flattened the way for the upcoming Art of Realism by adopting the contemporary taste of naturalism.[4] Since apparently some of Bastianini's forgeries aren't detected yet, they still meet the contemporary taste of an international audience as supposed originals, so that from a today's view they are false messengers of a time and culture that never existed.

This abstract outlines a lecture, that will be part of the day of study "Late Nineteenth Century Foreign Art Collecting in Italy: Creating visions, exporting tastes" on April 5th at Kunsthistorisches Institut in Florenz - Max-Planck-Institut

[1] Benedict Anderson in: the same: Imagined Communities: Reflections on the Origins and Spread of Nationalism, London 1984, p. 15.

[4] I would like to thank Prof. Dr. Henry Keazor (Heidelberg) for this valuable suggestion.