This week, we welcome Deogratius Kyanda Kannamwangi from Uganda. After graduating from the Kyambogo University in Uganda, he started his PhD in History with the thesis A History of the Indegenisation of the Catholic Church in Buganda, 1913 – 2012 at Makerere University in 2017. 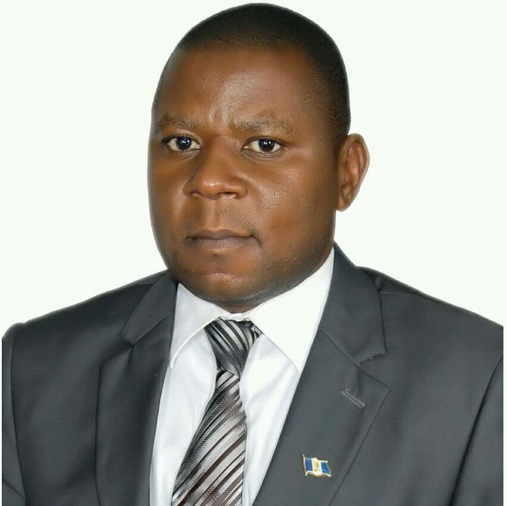 L.I.S.A.: What is the status of the humanities in Uganda, your home country?

Deogratius Kyanda Kannamwangi: The status of the humanities in Uganda can best be described as troubled. Like the rest of the African countries, Uganda has been haphazardly sucked into the current technological revolution albeit without following the due processes of technological advancement that the industrialised nations of the west took. This kneejerk approach has bred the thinking that recourse to sciences is the only way to the much desired economic growth and industrialization of the country. This has brought general apathy among learners, parents, education administrators and government technocrats towards the humanities while at the same time offering increasing support to science courses, science tutors, technological innovation and pure science research. Consequently, from basic education to university education, there is reduced funding and space on the curricula at almost all levels of education in the country.

Ironically, Uganda’s top leadership has been at the forefront of questioning the relevancy of the humanities. President Yoweri Kaguta Museveni has been reported several times in the media as saying that courses in humanities are “useless” and incapable of transforming Uganda into a modern economy. He always reminded his audiences that the same courses are responsible for the high levels of unemployment among Ugandan graduates! Many, like me, find this view ill-advised and unconvincing. There is ample evidence to show that the products of humanities courses are as relevant as those who study sciences. In fact, it is only the humanities that can impart learners with critical thinking, listening, social perceptiveness and problem-solving skills among others, which I believe also guide development. Therefore, the originators of national development plans need to find a useful intersection between the humanities and the sciences. Engineers need lawyers to help them execute the best construction contracts.

"It has not been easy to secure research funds"

Deogratius Kyanda Kannamwangi: Yes, the usual institutional and individual challenges that every doctoral student grapples with everywhere. However, in my case, the biggest challenge has been the lack of research funds. My study scope (the five Luganda-speaking catholic dioceses of a large territorial unit called Buganda) is a bit wide (61,403km2) and therefore calling for a number of research assistants and financing a huge budget. Like mentioned earlier, it has not been easy to secure research funds and this has been and remains my biggest challenge.

"An opportunity [for the Catholic Church] to critically look at its policies, practices and institutions as they continue to build a church that speaks to African thoughts and cultures"

Deogratius Kyanda Kannamwangi: I am working on the topic “A History of the Indegenisation of the Catholic Church in Buganda, 1913 – 2012”. It seeks to chronicle the history of the indigenisation journey of the Catholic Church in Buganda in the period 1913 - 2012. On top it being my area of interest at the Masters’ level, two other reasons got me interested in this area. One was the realization that the Catholic Church in Buganda today is contending with several emerging forces and realities like secularism, conflicts, rise of Catholic-leaning separatist “churches”, rebellions of priests, syncretism and youth preference for charismatic worship. The aggregate of all these dynamics has been a drop in Catholic population. This raised a lot of questions in my mind, as a Catholic and student of history. I was bothered by what the cause could be. Could it be that some Ganda Catholics have not found a “comfortable home” in the mainline Catholic Church environment? And if so, what kind of church would they want, and what steps have been taken since Catholicism reached Buganda in February 1879 (with all its European wrappings) to create this kind of church? I thus got interested in making an audit on how the different Catholic Church concepts and structures have been brought under African control or fitted into an African setting.

Secondly, despite the availability of a large corpus of literature on Catholic Church history in Uganda and Buganda from local and foreign authors, much of this genre of historiography hardly speaks of the theme of “indigenisation”. The few who have touched on the subject have either hinted on it in passing or just given snippets of the concept. This has left the entire concept in the general history of the Catholic Church in Uganda ambivalent and bizarre to most scholars. Based on the two reasons above, I decided to critically trace the history of the theme of indigenisation in the Catholic Church in Buganda from 1913 when the first “black white fathers", Bazilio Lumu and Viktoro Mukasa, were ordained at Villa Maria (Masaka) on June, 23rd 1913 and to examine the extent to which it had been achieved by 2012. It is hoped that this, being the first singular and comprehensive account on the indigenisation of Catholicism in Buganda, will give the Catholic Church leadership in Buganda and Uganda in general, an opportunity to critically look at its policies, practices and institutions as they continue to build a church that speaks to African thoughts and cultures.

L.I.S.A.: What has your experience at Makerere University been like? Have there been any differences to Kyambogo University in Uganda and possibly other institutions you have previously attended?

Deogratius Kyanda Kannamwangi: Makerere being Uganda’s premier university and one of the best five African universities, obviously offers a unique experience. It has some of the best facilities, learning environment and human resources for doctoral training. However, having attained my first degree from the same institution most of the things are not new, although it has undergone several structural, administrative and academic changes. When I was selected as one of the first ten African Gerda Henkel Fellows to pursue their doctoral studies at Makerere, I was more than excited! More exciting was the fact I was going back to Makerere - my Alma Mater.

In this regard therefore, my experiences at Makerere University have so far been quite fascinating. I am learning a lot from the many seminars, trainings and conferences as well as from my academic mentors and cohort members who are simply awesome. I am enjoying this voyage with them. All this, however, has come along with some challenges, learning to work extra hard, spending long hours in the library and on the computer and managing stress associated with rigorous academic reading. In comparison with Kyambogo University where I did my Masters, I would not say there is much difference. Despite Kyambogo being slightly younger compared to Makerere, it’s also slowly establishing its mark on the ground. I had a wonderful time at the Department of History and Political Science where I was tutored by some of the best history professors in the country. In fact, my interest in history and historical research was shaped and honed at this second largest public university in Uganda.

L.I.S.A.: What are the opportunities in Uganda to pursue different degree options (BA/MA/PhD)?

Deogratius Kyanda Kannamwangi: The liberalisation of Uganda’s economy came with a surge in the number of higher institutions of learning in the country. There are over ten public universities and over thirty private ones. All these provide ample opportunities for Ugandans to pursue different degrees. The challenge is the high cost of university education in the country, the minimal space for admission into prestigious public universities like Makerere and reduced funding of university education especially in humanities courses by the government. Many parents, find themselves having to dig deep into their pockets to sponsor their children for at least the first degree and mostly in private universities. With the requirement for higher qualification on some jobs, the number of Ugandans going back for master’s degree has also multiplied over years. Unfortunately, most of these go for management and science courses rather than humanities. It’s harder to find more than ten students in a given intake pursuing Masters degree in a discipline like history at any Ugandan University for example. The general thinking is that the humanities courses are not “marketable”. At the Ph.D. level, the same trend can be noted. There is almost no local or government support for doctoral studies especially in the fields of the humanities. At the same time, very few universities in Uganda have the capacity to train learners to the level of a doctorate. The majority of those desirous of this kind of training must therefore seek it abroad or get sponsorship from internal organisations or Research Funds. This is why I extremely grateful to my sponsors – Gerda Henkel Stiftung – for this opportunity.

"I intend to continue with my passion for teaching"

Deogratius Kyanda Kannamwangi: After completing my PhD, I intend to continue with my passion for teaching. It will delve deeper into the world of Academia through research, publishing and supervision of students. I have already authored some history books that are used by students in high schools in Uganda and the neighbouring countries and I intend to continue doing so. I also intend to be one of the regular contributors to international and local journals on history and a model lecturer of history.