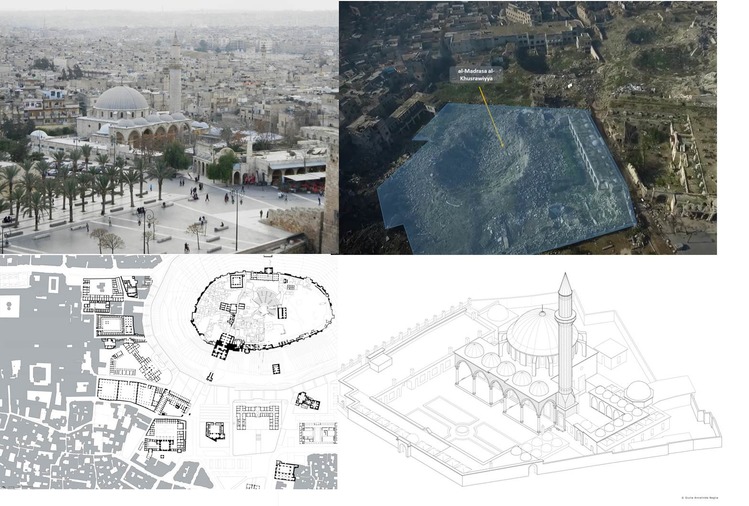 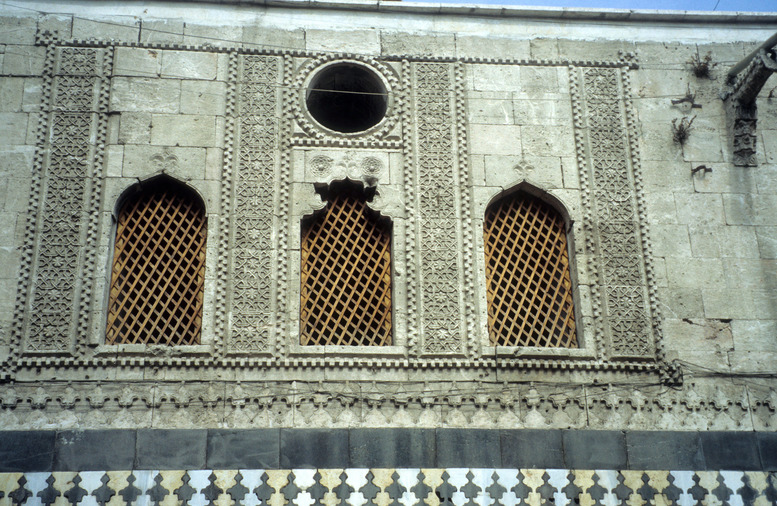 Waqf Ibshir Basha in al-Judayda neighborhood, the Old City of Aleppo. The complex was built in 17th century

Crossroads Aleppo:
Our City, shared heritage, our Memory
A project to document the World Heritage Site of Aleppo

Aleppo, probably the oldest continuously inhabited city in the world, has one of the most important old cities in the eastern Mediterranean region. The partially and heavily destroyed city is threatened by further deterioration and unorganised rebuilding works. The Museum of Islamic Art / Staatliche Museen zu Berlin is creating a comprehensive documentation of the Old City’s buildings. Thus, a worldwide important heritage is documented for posterity and mediated as worthy of preservation in the present. The various documentation provides concrete help with the reconstruction.

Crossroads Aleppo is an important part of Syrian Heritage Archive Project at the Museum of Islamic Art, in Pergamon Museum. Since 2017, it has been financed by Gerda Henkel Foundation. Each entry of the “Crossroads Aleppo” Catalogue focuses on the following elements of one major historic building:

Crossroads Aleppo aims at promoting Awareness Raising. This means communicating with Aleppines and Syrians about their city’s cultural heritage, i.e. their country, in their mother language, regardless of their political affiliation or economic and social status, to lunch a discussion among the inhabitants of Aleppo, Groups of different interests and experts. Also, raising awareness about the Old City’s values - especially in regard to social and historic value-responsive preservation and reconstruction.

Actors from all groups of the society are invited to share their personal memories and document intangible heritage of Aleppo. The classic Aleppine salon music and the rich Aleppine kitchen are legendary famous all over the Arabic world.

A multi-religious and multi-ethnic society enlivened the narrow meandrous alleys, in which vibrant traditional crafts were vivid. The meticulously crafted mosques, churches, trade buildings and department stores testify for the beauty and wealth of Aleppo as a former trading hub on the Silk Road.

The project Crossroads Aleppo extends its interests to actively sensitize the national and international media, consequently the public awareness about the importance of these monuments and their preservation. All texts are available in two languages: English and Arabic. In cooperation with UNESCO, the produced materials within the project will be available as a basis for reconstruction work. 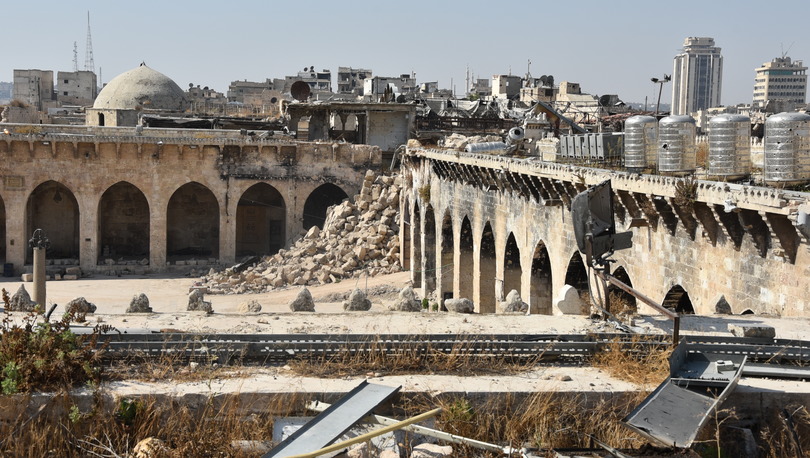