A historical research project funded by the Gerda Henkel Stiftung on the Christian societies of Muslim Spain and their production of canon law collections in the High Middle Ages.

In July of 2019, the opening workshop for the Gerda Henkel Research Project titled “Christian Society under Muslim Rule: Canon Collections from Muslim Spain” was convened at the Universät Erlangen-Nürnberg in Erlangen, Germany. The project is coordinated by Dr. Ana Echevarría of the Universidad Nacional de Educación a Distancia (UNED) in Madrid, Spain, and Dr. Matthias Maser from the Universität Erlangen-Nürnberg. The research group also consists of three senior faculty members from Spanish and American universities, two postdoctoral researchers, and one predoctoral research assistant. 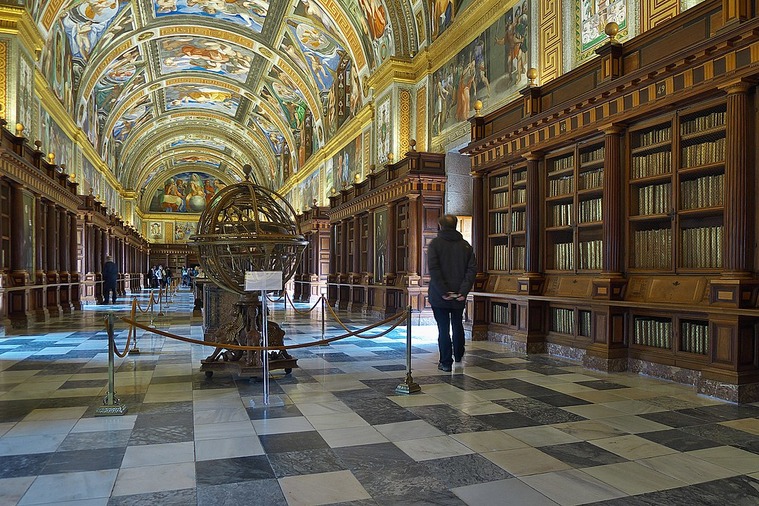 The project’s main focus is the study of a manuscript from the 11th century that preserves a copy of the Visigothic compilation of Church canons generally known as the Hispanic Canon Collection, here written in Arabic. Currently held in the Real Biblioteca del Monasterio de San Lorenzo de El Escorial, it is a truly unique document within the scarce corpus of sources from the Christian minority populace residing under Muslim rule in the medieval Iberian Peninsula. The manuscript had experienced a particular increase in interest by medievalists and Arabists in the 18th Century, but it has since fallen out of the mainstream of medieval Iberian scholarship until recent decades. It consists of ten books of listed canons, episcopal letters, and papal decretals organized by subject matters pertaining to various components of Church organization, theology, and religious life. Placed in juxtaposition with Latin copies of Canon Collections, the Arabic manuscript is notable for the modification and adaptation of its content at the hands of its compiler to the new social and legal position of Arabic-speaking Christians in al-Andalus.

Centered on the Arabic Canon Collection, the research project aims to elucidate the social and intellectual milieu of the Arabized Iberian Christian communities of the 11th century. In particular, by contrasting the manuscript’s content with other epigraphic, narrative, polemical, archaeological, and/or legal sources, the group hopes to shed further light on how the socio-economic and juridical structures implemented by Muslims in al-Andalus had impacted ecclesiastical institutions and the Christian populace under their rule. In such a way, we may better understand the social Islamization, Arabization, legal situation, scribal production, and theology of the Christian communities traversing the permeable religious boundaries of medieval Iberia.

The two-year research project is scheduled to take place until May, 2021.

An audio interview conducted in Spanish with Dr. Ana Echevarría and Dr. Jesús Lorenzo at Canal UNED where they describe the project further is available here.