Call for Papers: “From the Ruins of Preservation”
A symposium on rethinking heritage through counter-archives

Colonial legacies in heritage preservation have intersected and clashed with local realities since their inception. Heritage sites have often been created by way of processes which segregate them both temporally and geographically from the contemporary world, and the people who live with and amongst them. This might result in restrictions of habitation and cultivation, religious and ritual practice, and the removal of entire local settlements from inside and around natural and cultural heritage sites. Individuals and communities, however, have always had their own ways of preserving and engaging with material and immaterial significances. Objects, places and landscapes were and are embedded and reactivated in the domains of contemporary life. These realities defy and challenge the disciplinary baggage, canons and categories as well as prevailing methods, discourses, concepts and practices of heritage studies, which in many cases have proved unhelpful in engaging such records outside of “the archive” as it is conventionally understood.

The problem of adequately engaging the histories of these intersections has been exacerbated by methodological challenges. Historians have long ignored the gaps and unspoken emotions and bodies in written and visual archival sources. Visual analyses often lack the methods to engage with different iterations of the diverse and heterogenous agencies of both humans and nonhumans outside of the scope of official archives—the locals going about their lives in ancient ruins; the workers who labour on archaeological excavations; those often nameless individuals who serve as human scales next to an excavated building; the local guides who help “open up” landscapes to preservationists; or the agencies and affordances of forms of material culture themselves. Due to a turn against the forms of authority empowered in conventional archival sources, critical heritage studies have largely denied the usefulness and significance of archives for the study of such non-official forms of heritage preservation, which has led to the de-privileging of historical and visual analysis. This frustration has resulted in a general turning away from such sources by researchers within heritage studies to focus on contemporary issues, and their accompanying methods, especially “oral history” and ethnography. However, this move has frustrated historians who have seen heritage studies as a field in which the historical contexts of the contemporary phenomena which such scholars study has been effectively written out of the picture.

In order to address these issues, we are seeking contributions for a symposium (to be held at the German Historical Institute London) and linked edited volume that aims to reconstruct new histories and viewpoints in order to re-examine the “ruins of preservation” and to rethink the varied agencies—both human and non-human—which surround both natural and cultural heritage preservation practices through new conceptual and methodological approaches. We expect such papers to engage with a range of alternative sources and counter-archives (neglected aspects of photography; engagement with more-than-human agents; rethinking objects, landscape and built environment as archives), and/or to discuss new approaches to oral and public history. Re-engaging such histories is not only important in building a new historical approach to heritage, but will also help researchers to reconceptualise and recontextualise contemporary heritage phenomena. By re-centring the discourse about “heritage” to examine specific non-state practices (or conflicts between state and non-state practices) through such methods we also seek a more nuanced and effective understanding of how preservation has been determined over time and from different perspectives. Papers should thus present a methodological intervention into reductionist preservation histories by developing a new diachronic, more diverse vocabulary and directions for future research in and on this field.

Karen Salt, Director of the Centre for Research in Race and Rights (C3R), University of Nottingham

Please send abstracts of 300-400 words and queries to: fromtheruinsofpreservation@gmail.com

DEADLINE: November 1, 2018. Speakers will be notified in late November. We have a modest budget to cover travel for participants who require this; please indicate whether you would need to have your travel covered when you send your abstracts, and where you would be travelling from. All accepted participants will have their accommodation covered in London for three nights.

or visit the conference site at GHIL 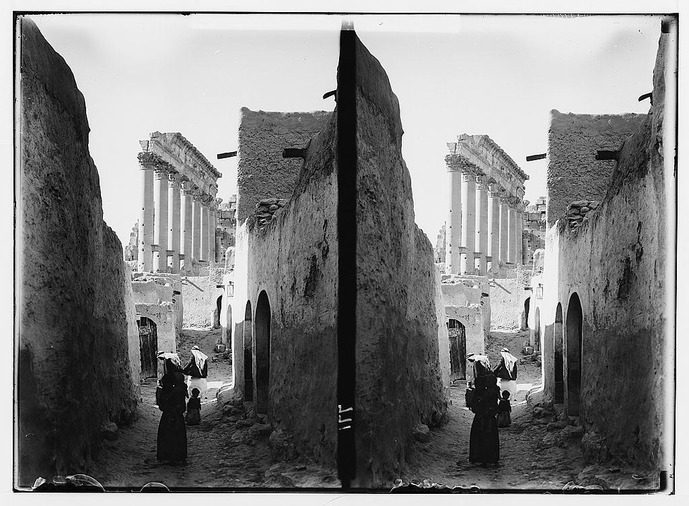