In the last couple of months, L.I.S.A. has been publishing interviews with the Lisa Maskell Fellows from Subsaharan Africa and from Southeast Asia, in which they talk about their research projects as well as their experiences during their academic career and the Lisa Maskell fellowship.

This week, we welcome Amalia Astari from Indonesia. After completing a Bachelor's degree at Universitas Indonesia and a Master's degree at Leiden University, she started her PhD thesis titled Women, Media and Polygamy: The discourse of polygamy in Women’s Press in the Dutch East Indies (1915-1945) and Post-colonial Indonesia (1945-1968) at Cologne University. 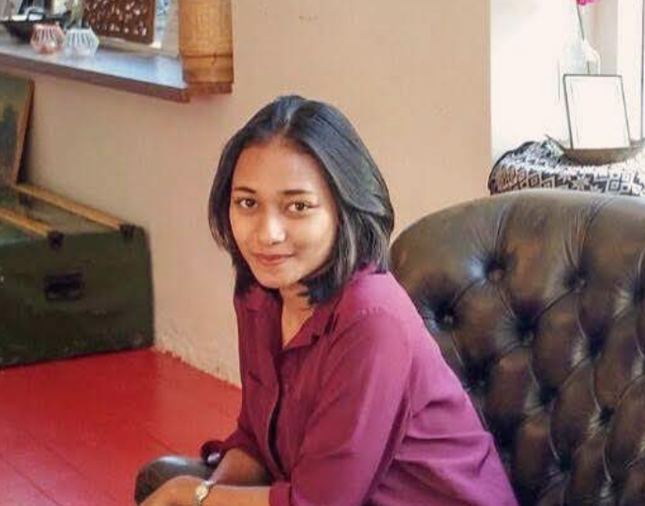 L.I.S.A.: What is the status of the humanities in Indonesia, your home country?

Amalia Astari: In 2011, when I first began my bachelor's degree in the Dutch Studies Program in Universitas Indonesia, the most-asked-question I got from my relatives and friends was: "What can you do with a degree in the humanities?" or even more extreme "you know it is going to be hard for you to find a job, right?" The humanities, compared to other academic disciplines, are sadly underestimated. Things became worse when the only supportive scholarship from the government limited the allowance of scholarships for BA scholars who want to continue their MA or Ph.D. studies. The government's mission to enhance Indonesia's economic and infrastructure development makes it difficult for the humanities to be one of the prioritized academic disciplines in Indonesia. Despite the unsupportive environment towards the humanities, most of the humanities faculties in Indonesia have attempted to redevelop this study so that it can contend with other academic disciplines. In Universitas Indonesia, for instance, we have examined in the past few years the future of the humanities and how humanities researchers can contribute to other studies or collaborate with researchers from other disciplines. One of the attempts is the development of digital humanities. The university tries to bring computational methods to bear a traditional humanities scholarship. This area of experimentation also includes digital teaching methods used in several classes. I believe that digital humanities have an assuring prospect in Indonesia.

"The requirement blocks many opportunities for young researchers"

Amalia Astari: Before I started to work as a young lecturer/researcher at the university, it seemed to me that working days as an academician would solely be packed with academic-related-activities such as writing, teaching, and attending lectures. My presumption was not wrong but also not entirely right. As a newbie at the university, I have to deal with administrative tasks as well such as preparing accreditation, arranging syllabi, organizing seminars and workshops, and other thousands of small jobs. These tasks were, surprisingly, the hardest obstacle to stay focused on preparing my application for a doctoral degree. The second obstacle is the recruitment system at the university where I work, which obligates newly recruited lecturers to obtain a doctoral degree first to get a fixed lecturer position at the university. This regulation is, however, problematical since most of the fellowships from the Indonesian government for the doctoral degree are meant for those who already have a ‘Nomor Induk Dosen Nasional’ (Lecturer’s National Registration Number) which is only being given for lecturers with fixed position. The requirement blocks many opportunities for young researchers to settle our careers as academicians at the university in Indonesia. Therefore, I am very thankful because the Lisa Maskell Fellowship unfolds the chance for young Indonesian researchers to continue their careers in the academic world.

"Polygamy is indeed not a strange topic, having been raised in Indonesia"

Amalia Astari: My project title is Women, Media, and Polygamy: The discourse of polygamy in Women’s Press in the Dutch East Indies and Post-Colonial Indonesia. Before I wrote my proposal, I asked for pieces of advice from several senior researchers in Indonesia. It appeared that their advice had one similarity: ‘choose the right topic.’ They suggested to look for a topic that I can easily relate to or even better, something that has a personal connection to my life. For me, polygamy is indeed not a strange topic, having been raised in Indonesia, a country with the largest Muslim population in the world, and being born into a mixed Arab-Indonesian family; polygamous marriages are being practiced by the closest people around me, like family and friends. Even though this marriage practice is common in some communities in Indonesia, whenever polygamy is being discussed, it always triggers both pro and contra. With my study background, I observe polygamy not only as a present event but also as having been a problematic discussion in the past. My project aims to trace the discourse of polygamy among Indonesian women’s press through their printed media such as newspapers, magazines, and pamphlets during two different periods: colonial and post-colonial Indonesia. Today’s growing concern with the image of Muslim women – who are often seen as the marginalized – makes this research relevant and urgent. Furthermore, this research will see if polygamy discussions in the media are carried through women’s perspectives. While expanding the knowledge about the history of polygamy practice in Indonesia, this research will specifically investigate the role of female press organizations in the Dutch East Indies.

"Triggers me to conduct my project from two different perspectives: the East and the West"

L.I.S.A.:What has your experience in Germany and at Cologne University been like? Have there been any differences to Universitas Indonesia and possibly other institutions you have previously attended?

Amalia Astari: On the day of my departure, I was a bit doubtful because I thought Germany was not a country that I was familiar with. Fortunately, the pleasant atmosphere of Cologne and the university environment fueled my enthusiasm to begin my studies despite the freezing winter in Europe. Compared to the two universities at which I obtained my bachelor's and master's degree, Universitas Indonesia and Universiteit Leiden, the academic environment in Universität zu Köln is a bit different and that is mostly because the doctoral program does not obligate me to attend any classes. I mostly work in one institute, and at the beginning, I had no chance to meet other Ph.D. students. Luckily, the faculty held an introductory event where I could get to know other students from different institutes. Moreover, I am working with two supervisors from two different institutes: Dutch Studies and Orientalist Studies, which also triggers me to conduct my project from two different perspectives: the East and the West. This environment triggers me to work better on my ongoing project.

L.I.S.A.: What are the opportunities in Indonesia to pursue different degree options (BA/MA/PhD)?

Amalia Astari: The higher education system in Indonesia is continuously getting better from time to time. The possibility for High School graduates to attend college keeps improving. The national exam is no longer the only measurement for academic achievement because nowadays, the Ministry of Education provides many alternative tracks for students to enroll in public universities no matter the academic disciplines. However, obtaining an MA degree is sadly still challenging since the government has reduced its fellowship grants for the humanities. Despite of the unsupportive system, several private fellowships give a more significant opportunity for BA graduates to continue their studies both in Indonesia or abroad. For BA and MA degrees in Indonesia, the government also offers several reductions of tuition fees for students in public universities, but unfortunately, it does not apply for a doctoral degree in Indonesia. Fellowships for PhDs are only possible if one works at a university or research institution with a fixed position. Therefore, a lot of newly recruited young academicians are now still struggling to find a scholarship or fellowship to support their academic career.

Amalia Astari: At the moment, I am a young lecturer affiliated to the University of Indonesia. Once I have obtained my degree, I hope I can contribute to university research related to colonial studies and media history in Indonesia. Furthermore, I hope I can continue teaching Dutch language at the university, a language that makes it possible for historians in Indonesia to understand more about our history.