Abdulhamit Kirmizi | After Empire, Before Nation: Competing Visions of Order in the Ottoman Empire After 1917

The examination of the connections between the Russian Revolution and the “Anatolian Revolution” (as the Turkish war of independence is sometimes called) is exciting, yet understudied. Abdulhamit Kirmizi's talk deals with the intriguing question of how (post-) Ottoman actors responded to and navigated within a new world changed by the Bolshevik Revolution after 1917. A chaotic new world needed to be ordered with innovative configurations of current ideological trends in a time when many loyalties persisted together. Sources speak of an alliance between Turkish nationalism and Bolshevism after the revolution. The immediate impressions on the revolution must have prevalent effects on Turkish leaders’ future visions of order. After the war, Mustafa Kemal tried to get the support of Bolshevism from the very first moment he started organizing the “anti-imperialist” national movement and considered implementing its principles for the liberation of the country without endangering Islamic and Turkish traditions and values. But pragmatic consequences like getting material help and securing the northern borders constituted the greater part of this consideration. The idea of world revolution was sold to the Muslim world within an emballage of Pan-Islamism. The Bolsheviks wanted to use Ottoman leaders to organize an Islamic blended anti-colonial revolution against the Allied Powers mainly in Arabia and India, whereas the Ottoman leaders wanted to gain Bolshevik material support for the national movement in Anatolia. What was left from the Ottoman Empire after the WWI could be called a’raf, or purgatorio in Dante’s word, a place in between inferno and paradiso. This purgatory soon became a disputed field between the Anatolian independence movement headed by Mustafa Kemal, the war time leaders of the Unionist government, and the new Istanbul government, all competing to fill the power vacuum for the leadership of the emerging future state. During their struggle, how have competing leaders employed transnational entanglements (Bolshevism, World Revolution, Pan-Islam) against each other? Bolshevism and Panislamism provided supranational sources for the new national-identity-in-formation. Abdulhamit Kirmizi talk examines how these sources were used during the formations of modern Turkey. 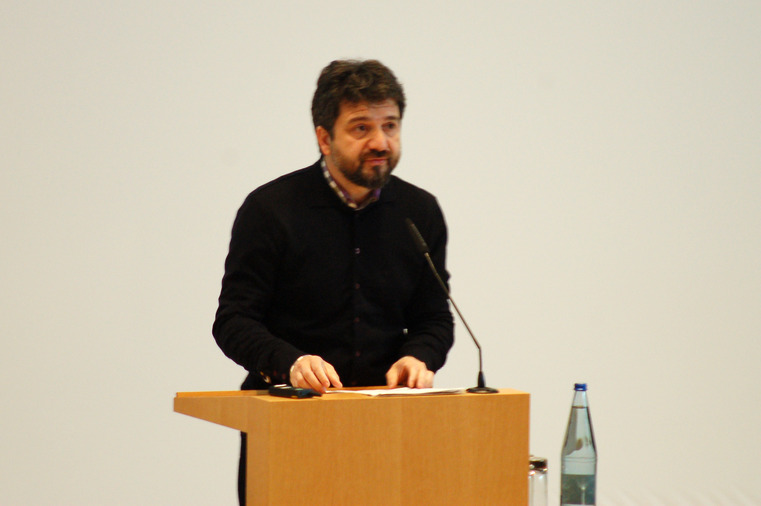 Abdulhamit Kirmizi is Associated Professor, teaches Historiography, Auto/Biography and late Ottoman History at Istanbul Şehir University, where he chairs the Department of History. He studied Political Sciences at Ankara University and received his MA from Hacettepe and PhD from Boğaziçi University. He was Visiting Fellow of The British Academy AHRC/ESRC at SOAS, University of London in 2009. His most important books include a biography of the grandvizier Avlonyalı Ferid Paşa (2014), and his dissertation on late Ottoman provincial government, “Abdülhamid'in Valileri: Osmanlı Vilayet İdaresi, 1895-1908” (2007). He is founding co-editor of TALID (Türkiye Arastirmalari Literatür Dergisi/Turkish Studies Review).

The talk was held at the international conference “World-Counter-Revolutions”, 10 June 2016 in Hanover, funded by the Volkswagen Foundation.