Presentation of the project

Research and writing for a catalogue and analytical study of illuminated French manuscripts of the tenth and eleventh centuries, to be published in the collection «A Survey of Manuscripts illuminated in France» by Harvey Miller (London) and Brepols (Turnhout, Belgium). This is a study of pre-Romanesque and Romanesque manuscript illumination which draws material from all regions of France, with an authoritative introduction.

The Beatus of Saint-Sever (Paris, BnF latin 8878), a splendid manuscript of the eleventh century

This series of reference works is being published under the General Editorship of François Avril, honorary curator at the Manuscripts Department of the Bibliothèque nationale de France, and Christian Heck, Professor of the History of Art at the Université de Lille 3 who recently succeeded the first General Editor Jonathan Alexander, Professor of Fine Arts at the Institute of Fine Arts, New York University. It provides authoritative, illustrated catalogues of manuscripts illuminated within the boundaries of present-day France, from early Merovingian books up to the beginning of the 16th-century. Manuscripts not only in French collections but in libraries, museums and private collections throughout the world are included.

My participation in this project is by special invitation. The manuscript will be submitted for publication in 2016. 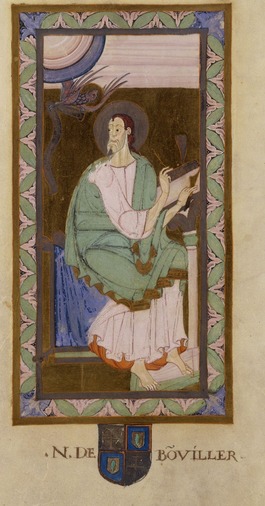 Like other volumes in this series, the book is divided into two parts: an analytical study of the cultural context and a detailed descriptive catalogue of the 150 most important manuscripts produced in the period.  Devoted to the tenth and eleventh centuries, the period in which I am the primary expert, the book will survey illuminated manuscripts created in France during the pre-Romanesque and Romanesque periods.  These centuries were a time of transition and intense creativity.  They were distinguished by continuity with the artistic heritage of Insular and Carolingian art, and by the flowering and development of new artistic forms.  After the dissolution of the Carolingian Empire and the subsequent political and cultural decline, a real artistic revival began around the year 1000.  A multitude of monastic centres scattered through what is now France gave new life to the art of illumination, which had formerly been produced only in centres of imperial power. A variety of distinctive local styles emerged, here studied in detail for the first time and related to what can be deduced about the circumstances and places where they were made.

The manuscripts included in the catalogue will be grouped according to the areas where they were made: the North, the Northwest, the Loire Region, the Centre, Paris, the East, the Southwest, and the Southeast.  The manuscripts are chosen to reveal the diversity of styles practiced during this period, and the variety of conditions under which copyists and artists worked. They will demonstrate the range of secular and religious culture of the period, including Bibles, liturgical books, patristic and theological texts, lives of saints, and literary, historical, scientific, and legal works.  Each catalogue entry will provide detailed information about the material aspects of the manuscript, its contents, its production, the style and iconography of each illustration, and its provenance; full bibliography will be given for each book. Approximately 400 illustrations, in color and black-and-white, as well as a number of maps, will accompany the catalogue.

The book will provide an introduction to the rich diversity of illuminated manuscripts of the tenth and eleventh centuries for scholars, students, and the general public.  In addition to advancing understanding of each manuscript, the book will cast light on the activities of and relationships among the dispersed centres of production where the manuscripts were made.  It will complement the other volumes of the collection that have been published, Walter Cahn’s Romanesque Manuscripts in France, XIIthCentury, which appeared in 1996, and Alison Stones’s Gothic Manuscripts c. 1260-1320 in two parts (the first part has just been published in 2013, the second part will soon appear).  An additional book is planned: Myra Dickmann Orth’s Study of manuscripts of the sixteenth century.