The Goethe-Institut is offering the internationally announced 2014 Intercultural Award for next-generation academic researchers in the historical sciences. The award ceremony will be held as part of the 50th Convention of German Historians (Historikertag) under the heading “Winners and Losers,” from 23 – 26 September 2014 at Georg-August-University Göttingen. To date, the award has been given to promote intercultural scientific and scholarly exchange in the disciplines of philosophy and sociology.

Through the promotion of innovative young historians, the Goethe-Institut seeks to contribute to the perception of the historical sciences as a further area of activity for cultural and educational relations abroad. 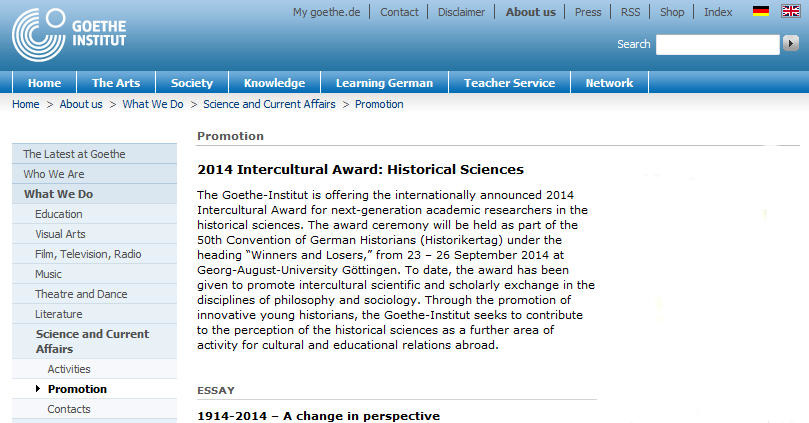